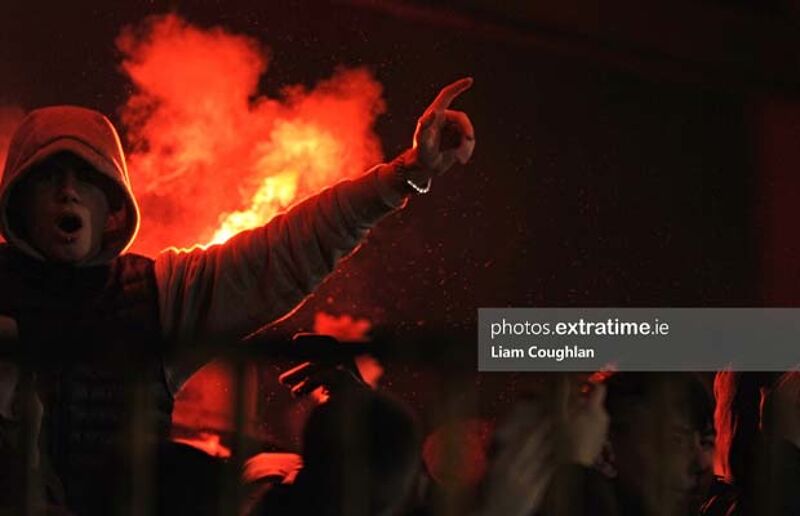 Snow and rain prevented a full programme of Premier Division games taking place in Gameweek 3. Finn Harps versus Shelbourne was called off due to the pitch being buried under a blanket of snow with St. Patrick’s Athletic versus Derry City postponed due to a waterlogged pitch.

Bohemians 2-0 win over Sligo Rovers drew the largest crowd of the night with 2,859 turning up. Compared to the Gypsies previous home attendance, it is 721 less but considering the fact this game was played on a Monday night in stormy weather against an opposition from the other side of the country, the figure is very solid.

Dundalk’s home fixture against Cork City was attended by 2,243, down 909 on their first home game tally against Derry City. The same factors apply here to Bohemians gate. With all things considered, it is a decent showing for the day, weather and distance the travelling support had to come.

The final game of the night was Waterford’s 2-0 loss to Shamrock Rovers in front of 1,702. It is the Blues second Dublin opposition in a row at home. The first weekend saw Bohemians visit and Monday’s attendance was 717 less than that fixture.

After three gameweeks and 17 games, 40,520 people have attended the League of Ireland with an average of 2,384.

Midweek games on average experience an impact on attendances. Over the past number of years midweek games (games not played on Friday, Saturday or Sunday) tend to be a club’s lowest attendances. It also poses more of a challenge for travelling support to attend the games.

Interestingly, when looking at the five games that were due to play over this gameweek, the average distance a club and its fans had to travel one way to a game was 235km (distance from stadium to stadium based on the shortest route available on Google Maps). The average round-trip therefore being 470km.

The breakdown of the distances game-by-game is as follows:

Rebel Army fans based in Cork City faced the sizable round-trip of 680kms on a Monday evening to support their club.

As previously mentioned in these articles, derby games tend to attract a club's largest crowds. In recent times those derbies have attracted large attendances regardless of the day they have taken place.

It would be an idea to plan local derbies for midweek to avoid travelling long distances and maximise the potential attendances and income for those games.

For more on the season attendance you can read: