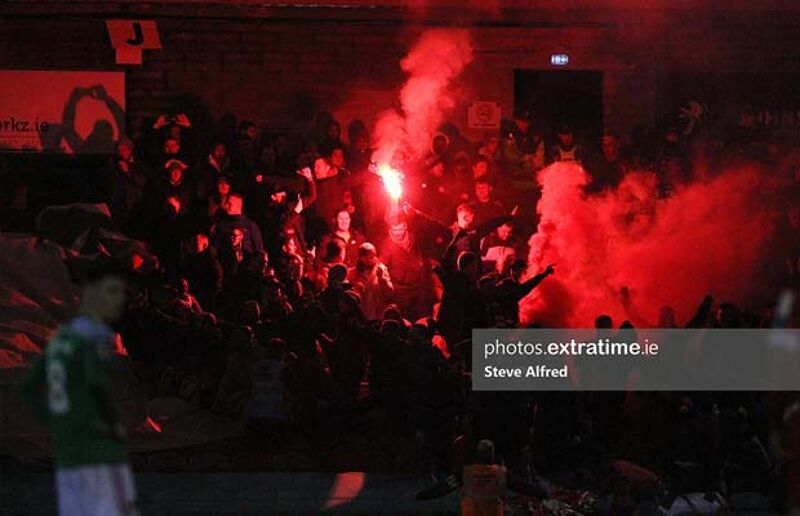 Shamrock Rovers 6-0 defeat of Cork City saw 5,106 turn up at Tallaght Stadium and was the best attendance of the Gameweek. It was also their 9th highest league attendance since 2008.

Derry City’s 1-1 draw with local rivals Finn Harps drew an estimated 3,600 to the Brandywell and was the second highest crowd.

Shelbourne, who averaged 1,074 last season, saw 3,010 turn up to Tolka Park as they lost to Dundalk by the odd goal in three. That attendance is the second best Shels have managed in the last 12 seasons of league competition. Only their 2-1 loss to Cork City in the 2011 season drew more (3,277). It is almost 1,000 greater than their third highest league attendance in that period.

Waterford suffered a 2-0 loss to Bohemians as 2,419 watched on in the R.S.C. It is their 11th highest attendance over the period of league games since 2008.

Sligo Rovers had the lowest Premier Division crowd of the gameweek with 2,145 as they lost to St. Patrick’s Athletic.

The First Division attendances averaged 425 with the 550 for Cobh Ramblers loss to Drogheda United the highest. Cabinteely drew a crowd of 501 for their 4-2 win over Bray Wanderers. Longford Town’s welcoming of Shamrock Rovers II was watched by 442 with Wexford’s 1-1 draw to UCD recording an attendance of 206.

Overall the Premier Division had a strong performance once more but the First Division failed to register any stand-out attendances.

The Premier Division is starting to see “Sold Out” signs appear for their games which is something rarely seen in Irish domestic football. The challenge for the FAI and First Division clubs is to try and leverage that bounce in the top flight to benefit the lower tier.