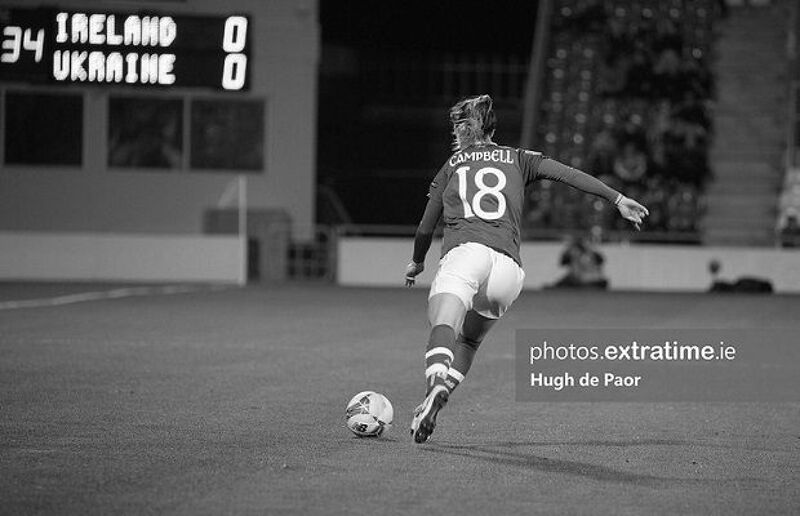 Republic of Ireland international Megan Campbell faces another lengthy spell on the sidelines after undergoing tendon surgery on her right foot.

Manchester City confirmed the luckless defender has gone under the knife once more having previously suffered two serious ankle injuries and a torn cruciate ligament.

The Drogheda native returned to action for the Citizens last year but has been restricted in her gametime as she managed her return to full fitness.

26-year-old Campbell signed a one-year extension with the Super League club last year but was forced off once more during last month’s league game away to Tottenham Hotspur.

Her latest injury setback comes as a blow for Ireland boss Vera Pauw ahead of next month’s Euro 2020 qualifiers with Greece and Montenegro.

The 33-times-capped right back is considered one of the most talented players in the Ireland set-up, with her all-round ability complemented by her goalscoring attributes and long throws.

Her most recent international appearance came in the 3-2 qualifying win at home to Ukraine at Tallaght Stadium in October.

“Another road to recovery and one I never thought I’d have to experience again,” Campbell wrote on social media.

“It’s a horrible feeling when my dream of playing professional football, which I have been incredibly lucky to experience so far, is the one thing that has broken me down on a number of occasions.

““I’ve been here before and for those looking from the outside in, it’s hard to comprehend how it feels. For me, it’s hard to sit here and wonder why I find myself in this position again.

“It’s hard to constantly get back up and keep bouncing back, but I will give my absolute all to be back out on the pitch again soon with Man City and Ireland.”

“She will now begin her rehabilitation process and everyone at the Club wishes her a full and speedy recovery.”