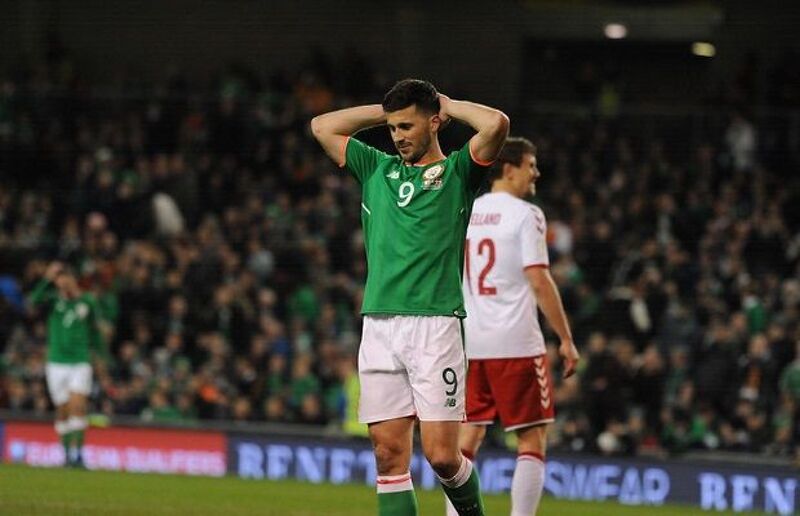 Shane Long bagged his second league goal of the season while 20-year-old Will Smallbone was handed his Premier League in Southampton’s 2-0 win over Aston Villa on Saturday.

Basingstoke-born Smallbone, who has represented Ireland at under-18 and under-19 level, struck the post early on in an impressive debut.

The attacking midfielder made a goalscoring senior debut in the Saints’ 2-0 FA Cup win over Huddersfield Town in January and has featured on the first team bench since.

Long bundled home a Moussa Djenepo cross at the near post to give the Saints the lead after just eight minutes before Stuart Armstrong made sure of the points with a breakaway goal in injury time.

Tipperary striker Long has regained his place in the Saints first team in recent months and looks set to return to the Ireland squad for the first time under Mick McCarthy for next month's Euro 2020 play-off with Slovakia.

Ralph Hassenhutl’s side managed 28 shots in all during the game, in which Ireland striker Michael Obafemi was a late substitute, while Conor Hourihane was a second-half sub for the Villains.

Elsewhere in the Premier League, Enda Stevens was on target with a spectacular opener for Sheffield United but was forced to withdraw at the break during their 1-1 draw with Brighton & Hove Albion.

Shane Duffy played 90 minutes for the Eagles, while Aaron Connolly and David McGoldrick each played the final v15 minutes from the bench.