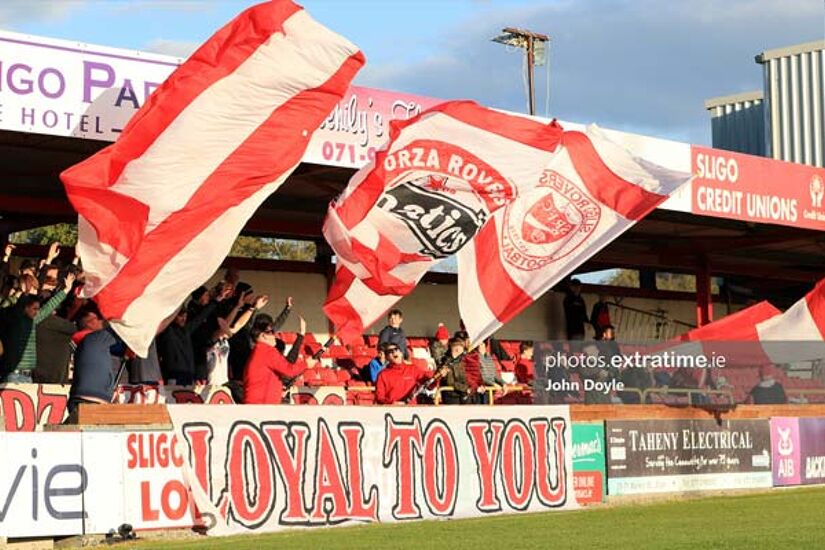 Soccer and Study in Sligo- A Synopsis

On Tuesday afternoon (18th Feb), IT Sligo defeated Waterford IT in the CFAI Cup semi-final in a 2-1 come-from-behind victory which was inspired by the substitutions of a couple of Sligo Rovers players who are also studying at the college.

Team manager, former Athlone, Longford and Sligo player Colm Jinks is also the Football Facilitation Officer within IT Sligo and, previous to that, held a position at Sligo Rovers coaching their Under 17s.

Similar to his counterpart on the Waterford IT touchline, whom I spoke with last week (see https://www.extratime.ie/articles/24464/wit-vikings-aiming-to-plunder-new-territory/ ) Jinks is well equipped to talk about life as an underage League of Ireland player and college student.

He spoke exclusively to extratime.ie about his role at the third-level institution, how they provide for students including their scholarship schemes as well as his own philosophy on how clubs and colleges can work together to help develop young players.

The 20 hours per week position of Football Facilitation Officer includes the development of both men’s and women’s soccer, recreational soccer as well as currently discussing player pathways with Sligo Rovers Womens Under 17s side.

Prior to his appointment to the FAI funded role, Jinks combined his role as IT Sligo A Team Manager with managing the Sligo Rovers Under 17 side. However, due to time constraints, he couldn’t manage both teams, run his own business (he owns his own auto repair centre) and carry out his IT Sligo role effectively.

Jinks spoke in glowing terms of his time at The Showgrounds where he worked with Niall Harrison and Danny O’Leary with time spent at both the Under 19s and the Under 17s.

O’Leary’s blueprint involved three Under 19s being signed to the first team every season in order to provide a conveyor belt of local talent to the first team, a system which saw the likes of goalkeeper Ed McGinty, central defender John Mahon and midfielders Liam Kerrigan and Jack Keaney make their senior debuts for the club while still teenagers.

McGinty and Mahon have cemented their places in the first team while Kerrigan and Keaney both moved to UCD in the summer of 2019.

“I want to see these lads develop with Sligo Rovers, unfortunately we missed out on them (Keaney and Kerrigan) with the college but hopefully that won’t happen in the future. College football is ideal for the first team as it covers the off season.

“The main thing for me is developing the pathway. We’ve Under 13s, 15s,17s, 19s, then college and first team. That’s my aim. With Sligo, we don’t have the same setup as the bigger areas, we’ve to create our own identity and make education an important part of it.

“We need to produce our own players and keep them here. We’ve these lads (first team squad members Darren Collins, Mark Byrne and Scott Lynch) on the IT Sligo scholarships on our books and at Sligo Rovers and we’re also looking to recruit the best players in the surrounding areas to get an education and join their local League of Ireland club.

“The likes of Ryan O’Reilly ex-Stoke City for a number of years and now at Ballinamallard and Ronan Gallagher  who was part of the successful Finn Harps underage sides are students at the college while Oisin O’Reilly was with Sligo Under 19s and has now joined the Athlone Town first team.

“Ger Lyttle was a great man for giving the youth a chance. Darren Collins, who is now with us at the college, was given his debut with a number of others from the underage. He left a great legacy behind him at the club.” (For more information about Lyttle’s Sligo blooding see https://www.extratime.ie/articles/24161/buckley-continues-to-blood-in-the-land-of-benbulben/)

Jinks went on to talk about the close links which exist between Sligo Rovers and IT Sligo through himself and The Bit O’Red assistant Manager John Russell (as well as the aforementioned Collins, Byrne and Lynch, underage international Niall Morahan is on a Sligo Rovers scholarship).

The impressive Knocknarea Arena has a grass pitch which is used by Sligo Rovers once a week while their Womens Under 17 use the Arena as their training and playing base. The scholarships involved in the college are at three levels -  Gold, Silver and Bronze.

All have free gym membership and varying financial bursaries. Currently there are five female players and 15 male on the IT Sligo scholarship scheme of which ten are finished in June.

The Sligo Rovers scholarship is comprised of a fees waiver for four years and free gym membership, an annual review is carried out based on expected performances on and off the field.

A group effort exists between the staff members too, to ensure that breakfasts, pre-match and post-match meals are available to all players. The college itself has a wide range of degree courses available (see https://www.itsligo.ie/study-at-it-sligo/postgraduate/all-courses/) while the current most popular courses amongst the soccer players are Sport with Business, Business Studies and Nutrition courses respectively.

Jinks ends on a positive note.

“There’s a fine line between taking care of players and ruining them, you need to take care of them. I went over to the Southampton Academy and there’s stuff that’s going on the pitch which can be replicated anywhere.

“We don’t give each other enough credit for that here, some of the work that’s going on here is very good. To get the best chance in life with football in the League of Ireland you need something to fall back on.”