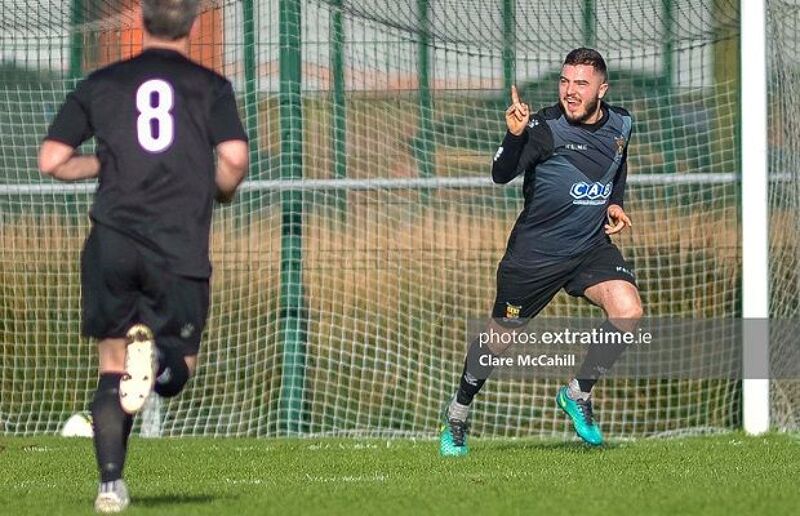 College Corinthians showed no signs of fatigue as they shook off the effects of a five-hour-plus journey to beat Bonagee United 2-0 to seal their place in the FAI Intermediate Cup quarter-finals.

Two goals in as many minutes around the half-hour mark from former Waterford winger Evan Galvin and Darragh Sullivan O’Connell saw the Cork side to a comfortable victory in Donegal.

The game had been rescheduled from the original date two weeks ago, when icy conditions saw several games in Donegal called off, and Corinthians looked eager to make up for lost time.

Galvin put the visitors in front after 29 minutes and the home side barely had time to gather their thoughts before Sullivan O’Connell pounced for a second almost straight from the restart.

In Buncrana, Cockhill Celtic face a trip to Dublin in the coming weeks after they were held to a 1-1 draw by Kilnamanagh in another game nixed by the adverse weather two weeks ago.

Cockhill took a 1-0 lead into the break thanks to captain Jimmy Bradley’s finish on the stroke of half time, but substitute Stephen Kinch struck late on to ensure the tie finished level.

Kevin’s needed extra time to see off the challenge of Verona after Luke Ingram struck deep into injury time to force an extra 30 minutes.

Christy Clarke had given the visitors the lead in the final minute of the first half at St Aidan’s CBS before Stephen Cantwell levelled from the penalty spot moments later.

Verona regained the lead late on through Ben Bosze but, just as they had when the sides met at Coolmine Park two weeks ago, Kevin’s levelled at the death through playmaker Ingram.

Japanese winger Yuki Saito netted twice in four minutes, while Ingram added his second, as the Saints raced into a 5-2 lead before Ingram completed his hat-trick and Jordan Farry added another.

And in Ringsend, first-half goals from Mick Kelly and John Brophy were enough for Killester to see off 2017-18 champions Liffeys, despite David Andrews pulling a goal back in injury time.