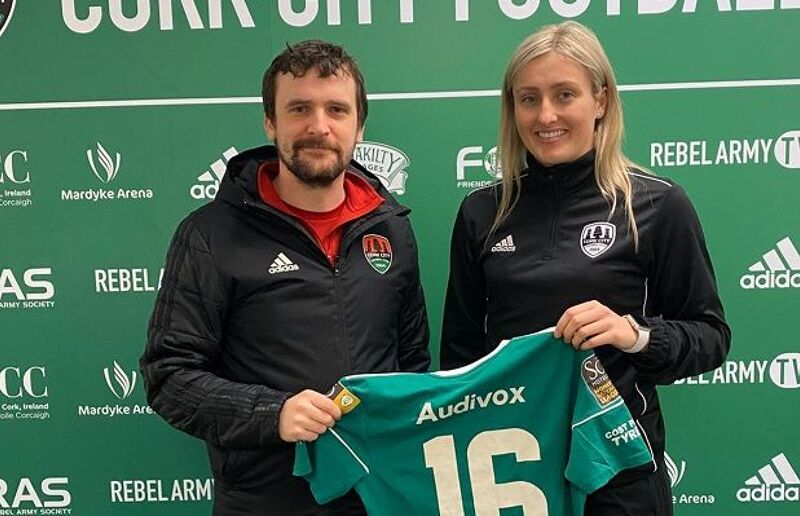 24-year-old Johnston joins the Leesiders ahead of the start of their pre-season campaign this weekend, as she departs the Markets Field outfit.

Speaking on her move to Cork, the Irish underage international said; “My first experience in the National League was with Limerick.

“I played with a great group of girls there and there was a real family atmosphere. I’ve been asked to play here on a few occasions over the years since the Cork City Women’s team was formed, it was never right at the time.

“To finally get going is great, having played in the emerging talent programs and with Cork clubs all the way up, it’s nice to represent Cork City now.”

And manager Rónán Collins added; “Carys is going to bring a lot to the squad both as a player and person.

“Carys is coming in as a centre-back, we like our defenders to be comfortable in possession and she’s already proven herself that in this league having previously played further up the pitch both in midfield and up top.

“We first saw her playing as a striker where her technical ability proved a real asset holding the ball up and bring others into play.

“Not only is she good with her feet but she brings a big aerial presence, good positional discipline and strong defensive capacities.