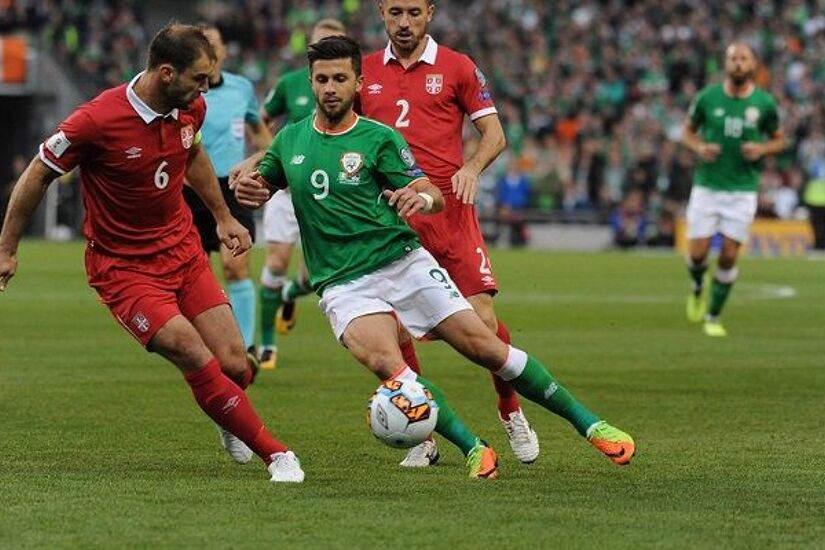 Republic of Ireland striker Shane Long ended a nine-month scoring drought but Southamtpon missed out on a chance to move into the top half as they blew a two-goal lead at home to Wolverhampton Wanderers.

The Saints looked set to make it six wins from their last seven as goals from Jan Bednarek and Long saw Ralph Hassenhutl’s side lead 2-0 at a break.

Pedro Neto began the fightback for Wolves, for whom Matt Doherty started at right wing-back, before a brace from Raul Jiminez completed the turnaround late on.

The 32-year-old hasn't featured in Mick McCarthy's most recent Irish squads but has recently won his place back in the first team at St Mary's, with Hassenhutl a vocal fan.

The Austrian has heaped praise on the resurgent Long in recent weeks, lauding his relentless workrate in spite of his inability to find the back of the net this season.

"He's an unbelievable wall player for us, and that gives you another chance to keep heaping pressure on the opponent," the Austrian said during the week.

"He's very strong in the aerial duels and that can squeeze opponents. What I like too is he knows exactly when to go and when to stop, because this is sometimes not so easy for a player.

"It is all this kind of work that makes him so important for us."

Long finally broke the duck dating back to last April when he stooped to head home Cedric Soares’ cross after Polish defender Bednarek had opened the scoring early in the first half.

The Tipperary man could have put the game to bed early in the second half but his header rebounded back off the post, and the Saints paid the price as Neto halved the deficit moments later.

Jiminez struck twice to turn the tie on its head, a result that sees Wolves continue the pressure on fifth-place Manchester United, who face unbeaten league leaders Liverpool on Sunday.

“The opponent showed how you can turn the table with a few lucky moments,” said Hassenhutl.

“I think we had a chance to score the third goal, when we were a little bit unlucky with the Long header on to the post.”