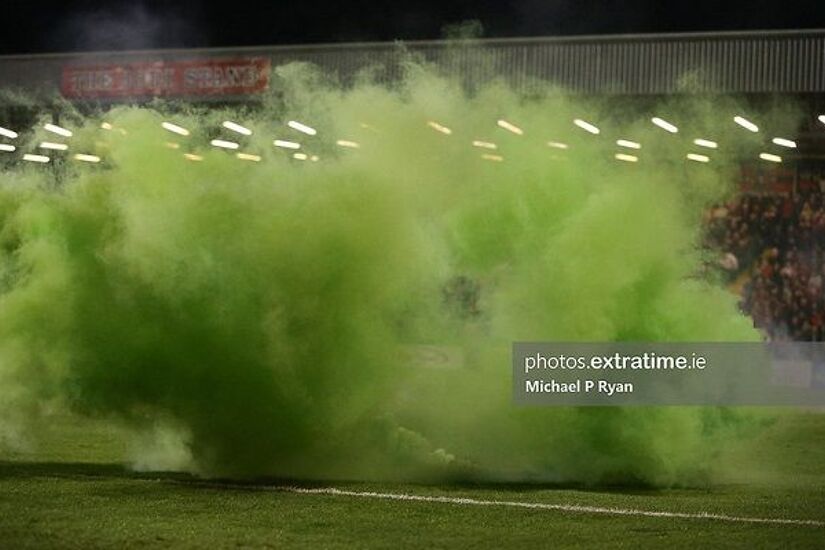 Opinion: The First Division Alliance are wrong on Shamrock Rovers II - but the dictatorial approach must stop

Following Thursday’s confirmation that Shamrock Rovers II – the Tallaght club’s reserve side – will enter the First Division as the tenth team in 2020, we asked extratime.ie reporters Andrew Dempsey and Dave Donnelly to present arguments for and against the initiative, which has been vigorously opposed by the First Division Alliance, representing the nine remaining second-tier clubs. Read Dave’s piece in favour of the proposal here.

When the nine extant First Division clubs released a joint statement on New Year’s Eve stating their opposition to Shamrock Rovers II’s entry to the second tier, it seemed like a corner had been turned.

Clubs who, in the words of one club rep, “still steal footballs from each other,” have traditionally found collective action a near-impossibility.

The divide-and-rule strategy of the old FAI administration was doubly effective against this backdrop, and they took full advantage – neutering any effort from clubs to organise effectively.

There wasn’t a hint of public opposition when Rovers entered a B team in the 2014 First Division, nor was there when they pulled out after 12 months to be replaced by Cabinteely.

Mervue United and Salthill Devon were parachuted in to replace the ailing Galway United, boasting combined home crowds that would be dwarfed by a supermarket at 8am, and not a word.

So, the appearance of a co-ordinated statement representing the voice of the nine First Division clubs, separate from the Premier Clubs Alliance, was refreshing.

The power vacuum at the top of the association created a window of opportunity and it was taken willingly. In hindsight, they may rue choosing the wrong battle, or at least the wrong argument.

Statement on the behalf of the League Of Ireland First Division Alliance. pic.twitter.com/2giCtHaetk

After voicing their opposition to the parachuting in of Rovers II, the decision was taken out of their hands and delegated to the National League Executive Council.

A council made up of club representatives from both divisions – albeit weighted towards the Premier clubs – would decide the make-up of the second tier in 2020.

With Limerick in no position to field a senior men’s team –thankfully, Limerick United look set to take over the senior women’s and underage sides – a nine-team league looked the likely outcome.

Indeed, faced with the prospect of being railroaded into accepted Rovers II into the 2020 First Division, the nine remaining clubs expressed their preference for an odd-numbered league.

The arguments against admitted Rovers II were clearly outlined and well-articulated.

The addition of a team who couldn’t contest promotion, or cups, and would effectively be used as a pure development vehicle will impact on the ‘sporting integrity’ of the league.

Whether the competitive standard of the league would be enhanced by one team each matchday taking in an extra training session is not so obvious.

The prospect of Rovers II’s admission leading to more B teams in future years – St Patrick’s Athletic looks an obvious fit for a second such side – is a better argument.

The League of Ireland second tier should surely be more than a vehicle for top-level clubs to maintain their own structures.

In the absence of any serious interest from junior and intermediate clubs in joining the National League structure, however, we’re only one crisis away from a crumbling second tier.

Not voiced in the joint statement was the, legitimate, gripe that Rovers II would fail to deliver much in the way of travelling support.

The small travelling support when Rovers B entered the First Division in 2014 would seem to support that, but that would hardly make them unusual.

Indeed, Rovers II would be far from the only club in the First Division whose away support was barely, if at all, sufficient for the host club to wash its own face on the costs incurred.

None of that should denigrate being done by volunteers at the numerous great clubs in the First Division that struggle to rally support and make ends meet in a country averse to supporting its own.

The most misguided aspect of the joint statement, however, is the penultimate point:

“We, as clubs, are happy to proceed with a 9 team first division (despite no consultation), however we are insistent that there should be 4 rounds of games in order to deliver value to the fans of all of our clubs and ensure a competitive league.”

As 11-team First Division contested in 2011, following the late withdrawal of Sporting Fingal, was a farce that should never be repeated.

30 rounds of fixtures played over 33 matchdays, in an amateur league, stretched playing resources to the limit.

That four (five, including Wexford Youths) of those 11 teams no longer field teams in the national league is a clear representation of how dysfunctional it was, and remains.

What, then, would possess the First Division Alliance to propose an even more lopsided format, where nine teams would play 32 rounds of fixtures over 36 weeks?

When presented with the reformed ten-team division two years ago, the First Division clubs argued in favour of three rounds of fixtures, over 27 matchdays.

It’s clearly an unfair format – teams, like UCD in 2018, that draw the more sympathetic run of home fixtures are more likely to do well, as then-Cobh Ramblers boss Stephen Henderson argued.

The necessity of the shortened season was successfully argued on the grounds of player welfare, the financial cost of running such a long season at amateur level and fan fatigue.

A nine-team First Division would address none of these problems and, in all likelihood, accelerated the existing fall-off in player retention to local-based amateur football.

The First Division season, most people can agree, is too short. The ever-expanding play-offs – up to five teams this year – keeps interest for the top clubs but leaves others with a five-month off-season.

The extension of the league calendar by nine matchdays would either necessitate a glut of midweek fixtures – historically poorly-attended – or a longer season.

Both would place unnecessary strain both of clubs’ finances and on the welfare of players who would already have to negotiate time off work to compete on Fridays and in midweek cup games.

The only viable option for the First Division in 2020 is to proceed with ten teams or eight teams and, with axing a club an option nobody can countenance, there is only one way out.

The manner in which the changes were approved – without consultation and without the consent of the remaining First Division clubs – has been nothing short of disastrous.

It harks back to the old days of the FAI and the discredited former regime, in which League of Ireland clubs were dictated to and expected to keep their powder dry lest recriminations follow.

The First Division clubs expressed their opposition to the addition of a reserve side and that was the time for dialogue and compromise.

Shamrock Rovers – who have much to offer the second tier, not least the immaculate Tallaght Stadium and adequately-paid young professionals – are blameless in this.

Yet the method in which they have been dropped into the league without the approval – or at least tacit consent – of their peers is worrisome and a sign that little at the top has changed.

Had the FDA based their entire argument around the lack of respect and absence of consultation, they may well have had a more sympathetic hearing – and goodwill to draw on in future.

So why they chose a nine-team division as their hill to die on is anybody’s guess. By expressing their total opposition to a necessary stopgap, they’ve narrowed scope for future flexibility.

When the next crisis arrives, they may regret choosing their moment to speak unwisely.