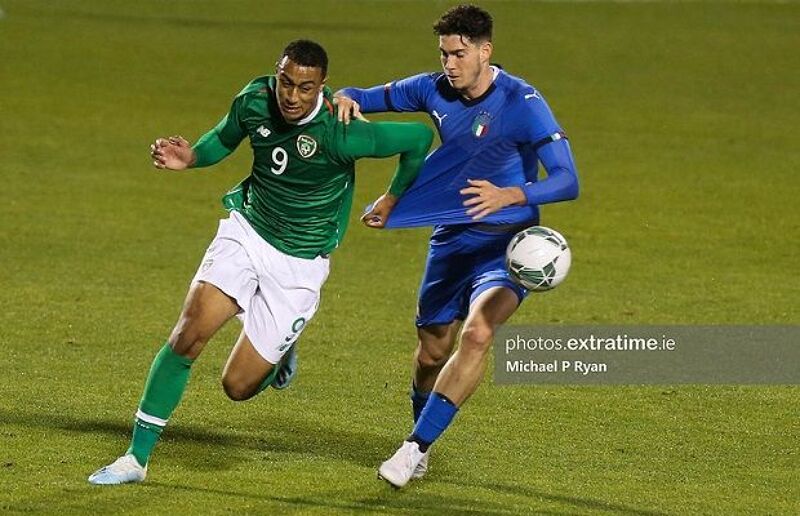 It was a memorable day for Irish players in England this afternoon as teenager Adam Idah scored his first senior hat-trick for Norwich City.

Cork native Idah scored three against Championship side Preston North End as the Canaries sealed their passage to the 4th round of the FA Cup.

Congratulations on your win! Here are your highlights pic.twitter.com/eyFL0tjMrl

What a way to send your club through to the #EmiratesFACup fourth round pic.twitter.com/s0QZOMbM35

Fulham took the lead early on in the second period before Villa soon levelled, but Conor Hourihane was unable to prevent his side from falling to defeat at Craven Cottage.

Elsewhere, Michael Obafemi started on the bench at Southampton as fellow Irish underage international Will Smallbone opened the scoring in a 2-0 win for the Saints over Huddersfield.

Shane Long set up Smallbone who netted just two minutes into the second half, as Obafemi featured as a late second half substitute for Ralph Hassenhutll’s men.

Dan Crowley also scored earlier in the day for Birmingham who earned a two-one win over Championship rivals Blackburn Rovers.

Congratulations on your win! Here are your match highlights: pic.twitter.com/1h5zyG56wa

Callum O’Dowda’s Bristol City were held at home by League One Shrewsbury Town as Padraig Amond’s Newport County were brushed aside by Millwall at the New Den.

Youngster Luke Matheson sets up veteran Aaron Wilbraham and @officiallydale are back in the game!#EmiratesFACup pic.twitter.com/RXkxVuFJPw

Chiedoze Ogbene and Trevor Clarke’s Rotherham United were defeated by Sean McLoughlin’s Hull City as Shane Duffy’s Brighton and Hove Albion were defeated by Sheffield Wednesday at the Amex Stadium with Aaron Connolly being a second half sub.

What a win! Here are your match highlights: pic.twitter.com/9gmSWKYz9T