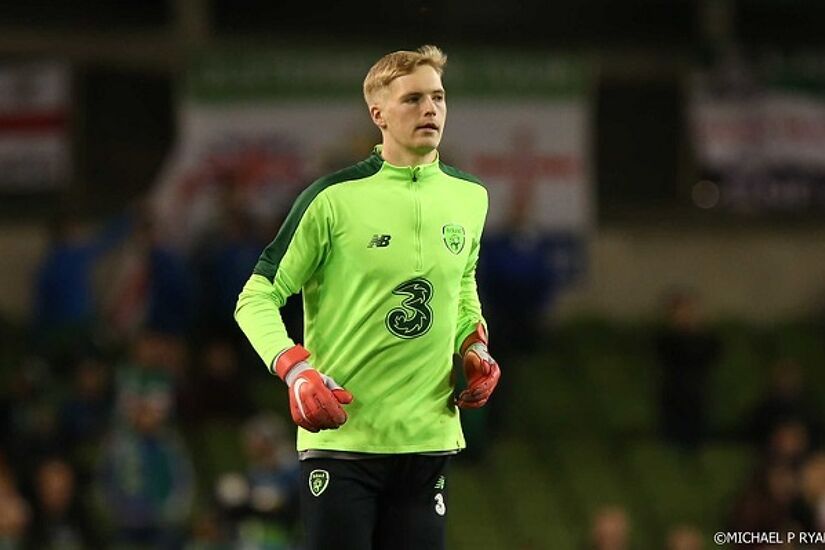 Republic of Ireland under-21 goalkeeper endured a difficult night as he conceded five times as a youthful Liverpool side were heavily beaten by Aston Villa in the Carabao Cup.

Senior Ireland midfielder Conor Hourihane opened the scoring as the youngest Liverpool eleven in history were on the end of a 5-0 hammering that ended their interest in the competition.

Jonathan Kodjia scored twice in the first half as the Villians went in four goals to the good at the break before substitute Wesley added a fifth in second-half injury time.

21-year-old Kelleher, who has been linked with a Championship loan move in the January transfer window, has started in Liverpool’s two previous league cup games.

He kept a clean sheet in the 1-0 win over MK Dons and saved a penalty in the shoot-out win over Arsenal, while he’s been named on the bench ten times in the league.

With the senior players away at the Club World Cup in Qatar, under-23 manager Neil Critchley took charge and named the youngest side ever to take the field for the Reds.

It was a baptism of fire for many and Kelleher faced a relentless barrage, conceding with the first four shots he faced on the night.

Kelleher was at fault for Hourihane’s opener as he misjudged the flight of a wicked inswinging free kick and the ball nestled directly in the corner of his net.

There was little he could do moments later as Ahmed El Mohamady's cross took a wicked deflection and looped over him, and Kodjia despatched his first within minutes.

Kodjia completed his double in first-half injury time and, while Kelleher pulled off a string of fine stops after the break, Wesley pounced to rub further salt in the Reds’ wounds late on.