McGinley commits to another year at Finn Park after breakthrough 2019 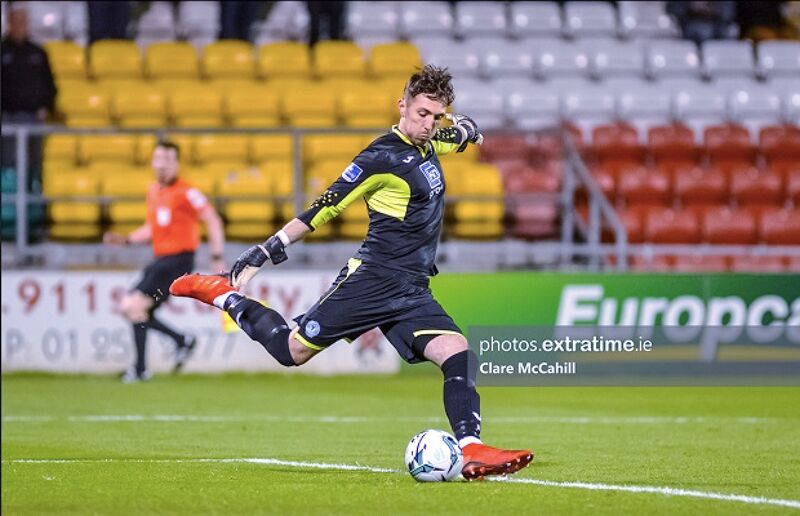 Finn Harps have announced that goalkeeper Mark McGinley has signed for the next season in a position he made his own in 2019.

Voted Harps’ 2019 Player of the Season, McGinley was also nominated for the SSE Airtricity October/ November Player of the Month Award.

The Creeslough native was called-up to join the squad after Ciarán Gallagher picked up a serious injury in a Premier Division game against Dundalk at Oriel Park.

McGinley was first seen in the squad for Harps’ 1-1 away draw against Sligo in April. His first match between the sticks was a 3-0 home defeat by Dundalk in early June.

McGinley made his mark at junior level for the Republic of Ireland before going on launch his career in senior football with Institute, UCD and a spell with Harps in 2014.

At the end of the 2014 season, McGinley joined the Donegal Senior GAA team where he remained for five years.

“Mark had to bide his time at the start of last season, but he kept the head down and did well when he got his chance in the team.

“It’s great to have him signed up now and hopefully he can pick up where he left off come February.”