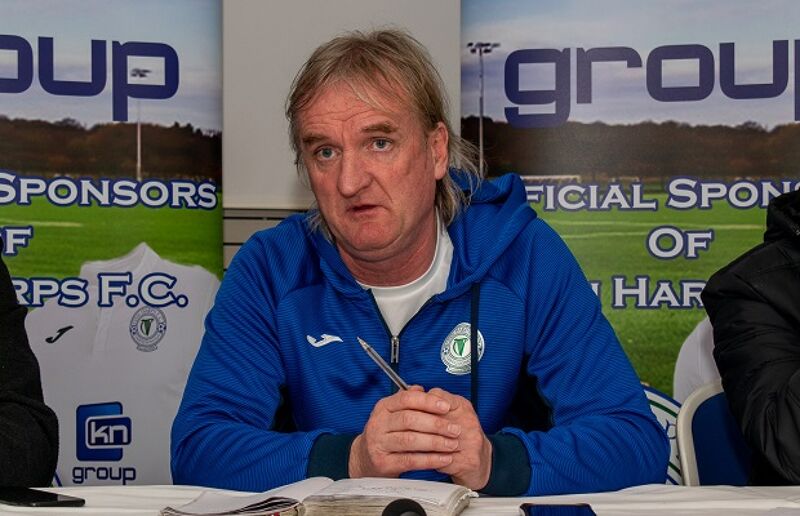 Ollie Horgan has signed a two-year contract extension to stay on as manager at Finn Harps, with the option of a further year. Horgan is the now the longest-serving manager in the Premier Division, having held his position at Finn Harps since March 2014.

However, Horgan knows he has work to do in attracting new players and rebuilding the team, but he is positive about the energy around the club.

“It’s hard work. It takes over, it consumes you. Without guarantee. It’s up to the club to deliver and its up to me to deliver, along with my management team on the pitch.

“Being brutally honest, it’s not just a budget thing or a financial thing. I needed to be sure there will be improvements in facilities and around the club.

“I spent a lot of time speaking to people around the club, I like what they say, I like what they do, can they deliver? Only time will tell but I trust them. I have faith in them. Work started today on the pitch. We haven’t played a friendly there for six years in my time.

“I liked the little bit of energy and freshness that I saw among a group outside of the board and I felt these people mean well and could help us. The energy that we have given throughout the year on the pitch, we need to have it off the pitch."

After the euphoria of the play-off victory wore off, Horgan was quoted as saying; “we can’t carry on as we are.

“Is it appealing with half your team gone at the start of the season, in a full-time league? No it’s not, but that wasn’t an issue with me."

The mass exodus of experienced and high-performing players is obviously cause for concern for the Galway native.

“We didn’t want anyone to go. But for the remuneration they get and what we ask from them continually, there are easier options out there. We wish every one of them well and not one of them owes anything, not to me, not to the club. We thank them and wish them the very best.

And Horgan soon added; “This is not about me, this is about people who are buying into this project, both members of the board and people outside and that’s what has to happen, for it to continue. And I would like to be part of that.”

“If I didn’t come back in tomorrow, the club wouldn’t fall. It’s been there for 50 years. It’s relentless, through thick and thin. There was a 50 year reunion this year.”