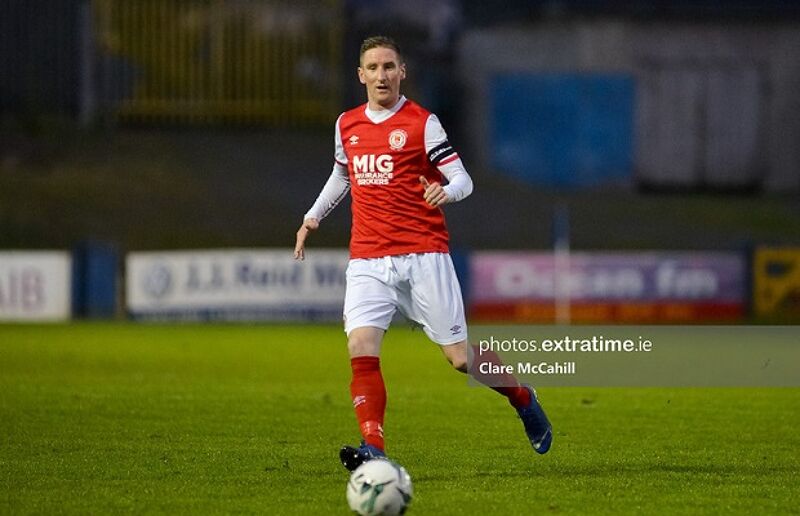 Ian Bermingham has re-signed with St Patrick’s Athletic for the 2020 season in a welcome boost for the Richmond Park outfit.

Bermingham, now 30, first joined the Saints back in 2010 – making over 300 appearances in that time. Previously the defender spent one year at Shamrock Rovers having moved to the Tallaght outfit from UCD.

Pats will have Stephen O’Donnell at the helm for the 2020 season with the former Dundalk captain hoping to stamp his authority on a side in which he inherited back in August after Harry Kenny resigned.

“I’m delighted to be back. I met Stephen straight after the season ended and he wanted me to be part of things going forward,” Bermingham told St Pats TV.

“Last year was a bit disappointing for us. We had a lot of quality, but Stephen has come in now and put his own stamp on things. I was impressed with the sort of things he was putting forward and hopefully we can go and push on going forward.

Having finished in fifth place both of the last two seasons, it seems a long time ago since the Saints captured the 2013 Premier Division title and their fans will be hoping that the team will at least regain it’s competitive edge come February when the 2020 campaign kicks off.

“This club needs to be up challenging all the time and obviously the last couple of years we’ve not been there,” explained Bermingham. “The standards he’s (Stephen O’Donnell) set since he’s come in means I do believe that we can go on and get that bit closer to the top two. He wants us to go and get after teams and play with high intensity.

“I just try and be myself, he wants me to be the captain again so obviously I’ve got to lead by example and hopefully that can run off on the younger players. He’s told me and all the other players that you’re not guaranteed to play regardless of whether you’re the captain or not.

Liam Buckley left after seven years in charge just before the end of the 2018 season whilst Kenny resigned during the 2018 campaign. O’Donnell will be hoping that he can bring in some fresh faces and use his contacts in the league to perhaps change the recent decline in Dublin 8.

“It’s a fresh start. We’ve got a lot of new players coming in. Stephen has different ideas to Liam and obviously Harry. I think this will be a special group of players. We will obviously play good football and hopefully we can be successful.

???? Captain @IanBermo has signed a new contract to remain at the club

???? He says his #Saints2020 will be “having a crack off the top 2” in the league as excitement builds for the new season

Diane Caldwell: ‘As a lifelong (Manchester) United fan, it’s a dream to sign for the club’