Derek Foran: 'I could definitely say that I could go back and do more - I didn't have a full-on love for football and saw it as a job' 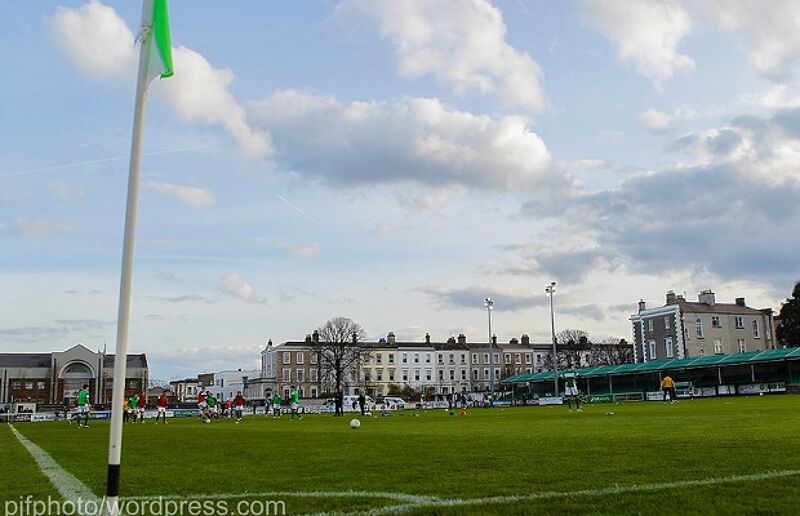 For someone who readily admits to never been in love with football and only saw it as a job, Derek Foran has achieved more than most.

Six domestic trophy wins and a USL Western Conference title with Sacramento Republic still wasn't enough to persuade the Dubliner not to retire at just 28.

In between underage football at Templeogue United and a second spell at St Patrick's Athletic in 2014, Derek spent time with Bray Wanderers, Sligo Rovers, Dundalk and Shamrock Rovers.

A successful period for the central defender saw two FAI Cups, two League of Ireland Cups and a Setanta Sports Cup winners medal all achieved by his mid-20s.

However, as someone who's done the rounds in the League of Ireland, Derek has been perceived, rightly or wrongly, in some quarters as a squad player and reliable cover for the starting central defenders.

“I was signed by a good few managers as first choice, but it was probably my own doing. One thing I didn't do as a player was look after myself.

“From signing my first contract at the age of 16 to retiring at 28, I could definitely say that I could go back and do more. I didn't have full-on love for football and saw it as a job.

“When you look at it that way, you're not going to do the extra bit to get you into the team and get a bigger move to England or similar. I loved playing on a Friday and going out for a few drinks afterwards -it's as simple as that.”

Foran added another FAI Cup to the list in 2014, albeit as an unused substitute, with the Inchicore club ending their 53-year wait for Blue Riband silverware.

“We were ahead for the majority of it, but only by playing can you affect the game. You probably wouldn't celebrate it as much as if you were on the pitch.

“Having said that, I did win it twice before with Sligo, so it was a tough one. Let's just say that the Pat's fans probably celebrated it more than me. Put it that way.”

“There was sports scientists dictating how you trained, as opposed to the assistant manager, who puts the cones down.

“I had the option to stay. There was a team in Oklahoma and another one in Canada, but at the time, the housing crisis had started in Ireland that year.

“I always had it in the back of my mind to move home. I came back without even thinking of signing for another team here.

“I'd called it quits in my head, only that Bray were looking for someone and I said that I'd give it a go.

“As for going to Oklahoma, I didn't think it was fair to move my girlfriend around, as she had a good job in Sacramento.

“I moved home by my own choice, and I was delighted to, as I am a home bird and missed it.

There were some quality players over there.

“You had Carlton Cole as our striker, Papa Bouba Diop came on trial and Didier Drogba did pre-season with us. There were all these aspects that you wouldn't get in Ireland and it was such a good experience over there.”

That 2017 season back at Bray Wanderers proved to be Foran's last in senior football and after claiming tax back on his sporting career there would be no opportunity of a change of heart for the then 28-year old. "I spoke to lads at Bray and they said that they were looking for a centre half. They asked if they could pass on my number. I agreed, but didn't think too much of it, as I was looking for a house.

“I love Bray because it was the club that gave me a chance as a kid, so I had no issues going back there. I didn't rekindle any desire for the game after the year we had there (laughs).

“In the League of Ireland, unless you're with the likes of Dundalk, there's no stability. Bray were on the brink and we didn't know if we were going to get paid from one month to the next.

“I was the same at Dundalk, who obviously changed, and you wish that for every other club that's struggling.

“There's no financial security for someone like myself, looking for a house and a secure future. That took a front seat.

“At Bray, I was in college, working full-time, training every second night and playing at the weekend. You never got a break and I got burnt out.”

Foran finished: "I work in Aviva, in a similar role to HR and also doing courses to improve myself. It's great to work your socks off Monday to Friday and then relax at the weekends.

“It's funny, but you still carry attributes over from football. You still have to achieve goals, have a work rate, show professionalism, leadership and take responsibility for staff.

“You really need to start thinking about having a proper job outside of football, so I've really enjoyed the last two years and not looked back once.”