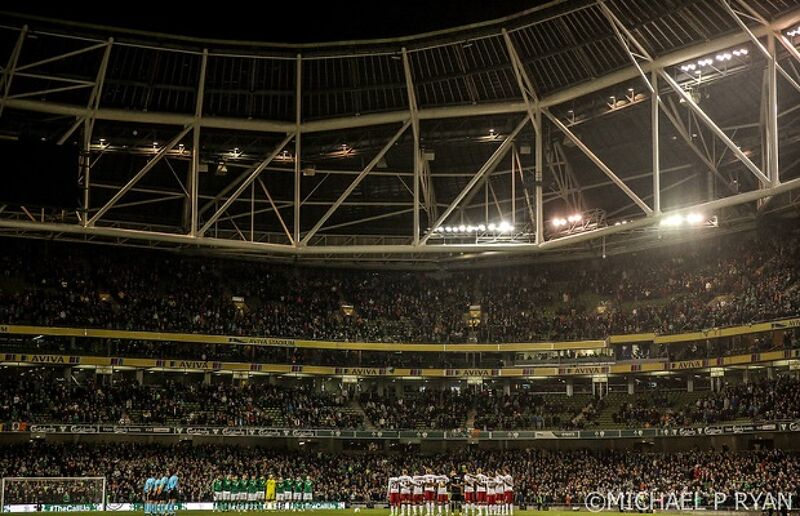 Germany and Bosnia in 2015. Vienna in 2016 and Cardiff 2017: the Republic of Ireland have certainly rose to the occasion in recent years.

Oh yeah, and Lille in 2016. Who can forget that night against Antonio Conte’s highly-fancied Italians? Not many, I can assure you of that.

Anyway, here we are. Win or bust: we’re getting quite used to these scenarios.

It has been a mixed campaign for the Boys in Green, especially in recent months. However, if you were to offer a one game showdown to Mick McCarthy at the start of the year to secure qualification, he certainly would have snapped your hands off for that.

The 1-0 defeat of Gibraltar – albeit in farcical conditions did not exactly set the pulses racing – before a morale-boosting 1-0 win over Georgia coming days later. All appeared well two months later, with Shane Duffy popping up with a trademark header to earn a late point in Copenhagen.

Then there was the somewhat meaningless 2-0 win over Gibraltar just days later at the Aviva Stadium, with Robbie Brady scored deep into stoppage point to add the gloss to a meagre victory.

A spirited draw came against the Swiss two months later, with David McGoldrick coming up trumps at the death to secure a late point.

Then there was the October internationals. To single out individual players for their performances, or lack of, would be harsh, but that’s the reactionary world that we live in.

The Georgia clash in Tbilisi lacked a fluidity, especially in an attacking sense, while the Switzerland showdown evidently failed to inspire.

However, Monday offers the Republic of Ireland a shot at redemption, if you could even call it that, as Age Hareide’s Denmark come to town looking to replicate their heroics of 2017, a night that a number of the current crop of Irish players will know all to well of.

But now, here we are – a winner takes all clash against Danish foes again. It will have been 733 days since that Scandinavian implosion in November 2017 by kick-off – as Ireland have spent the last two years licking their wounds since that fatal night.

Times have changed and stalwarts such as Stephen Ward, Daryl Murphy and David Meyler have all since retired from the international scene – with new blood such as Sheffield United duo John Egan and Enda Stevens making their respective marks.

The management team have also departed in Martin O’Neill and Roy Keane – as will Mick McCarthy after the conclusion of this campaign – with under-21 boss Stephen Kenny waiting in the wings.

On a night that promises so much, a razor-hot atmosphere is expected, just as it was in 2017 – and yet again, the stars appear to be aligned for yet another Lansdowne cracker.

Who knows what the outcome will be this time? Nobody can be exactly sure, but what we can be sure of is a hero needs to rise from the ashes. Whether it’s a stroke of luck, or it’s a moment of brilliance, few will care.

It’s a night set up for heroes, but for what side? It remains to be seen. However, there seems to be a sense of invincibility when Ireland need to win. We saw it in Lille, and in Cardiff – and why can’t the Boys in Green pull off yet another moment of magic this week, on the grandest stage of all?

McCarthy looking to get job done against Denmark on Monday https://t.co/ESGvZk1BS3 pic.twitter.com/Pk7rX3NiiU