Shane Duffy to captain the Boys in Green 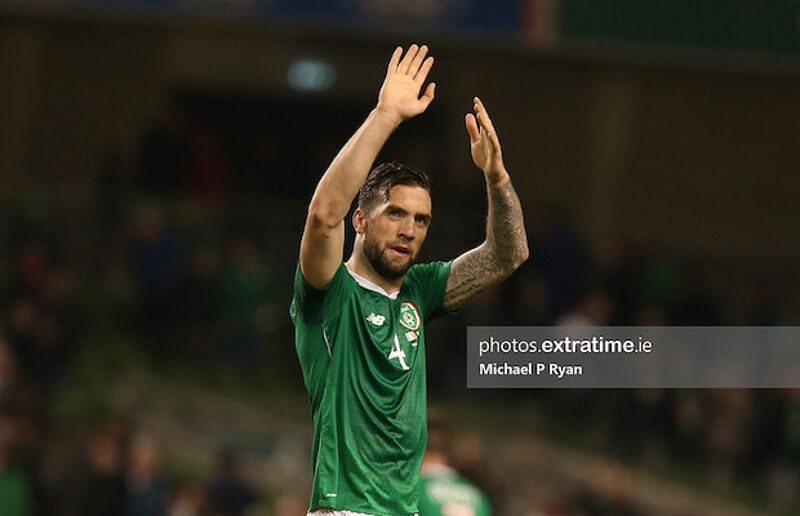 Mick McCarthy keeps his team selection close to his chest but on Sunday he announced that Shane Duffy will play and more importantly captain the Republic of Ireland in the crucial game against Denmark.

Speaking about who to hand the armband to, McCarthy said it was a “very easy decision and simple to make”.

While Seamus Coleman trained with Ireland on Sunday, he is suspended and it will be Duffy that will lead the Boys in Green out onto the Aviva Stadium pitch on Monday.

“I’m delighted,” said Duffy about captaining his country. “He told me this morning. It is a huge honour to play in the game, never mind captain in it.”

Duffy, who last captained a side in a League Cup game against Aston Villa for Brighton, says being captain won’t change how he approaches this game, a match that Ireland must win to earn automatic qualification to EURO2020.

“Same mindset, and same goal as every game that I play for Ireland. Go out there and play well for the lads and my country. I will be myself, that got me where I am. When I step over the white line, I’ll be that Shane that I’ve been for Ireland over the last few years. Nothing changes.

“To lead the boys out, hopefully I will just take it in my stride and I won’t let it affect me. I’m excited and my family will be proud and I’m proud as well but the main objective is to get the win.”

McCarthy, speaking on the eve of the game, said that Duffy “has been important for the team for a long time now. He is a top top defender and he has that ability to get a goal. He is good in both boxes.

“He is one of them in the squad who everyone looks up to,” said McCarthy. “Just how he plays the game, he gets respect from his teammates. Without going around screaming and shouting, he cajoles people.

"If you are having a tough time, he rallies the troops and gets them defending. He is the one that blocks things and gets his head on stuff. He is one of the guys you rely on.”

Duffy was on the scoresheet when Ireland drew 1-1 in Copenhagen last June, and also against the Danes in the painful 5-1 playoff loss to the Danes that scuppered Ireland’s chances to go the 2018 World Cup in Russia. However, Duffy wasn’t dwelling on that defeat to Denmark.

“That game is in the past. It is gone and dusted. We have played them two or three times since that. Everyone has had bad nights in their career and you move on. It is a big opportunity to go and beat them. That is our motivation. Mick wasn’t here. Different manager, style and players.

“There have been quite close games bar the one result when they beat us comfortably.

We are positive against any team, not just Denmark. We think we can beat anyone on the night if we perform on our best. We have been close to beating them. We want to get the Aviva rocking. Get a good start, get after them and have a good night.”

McCarthy looking to get job done against Denmark on Monday https://t.co/ESGvZk1BS3 pic.twitter.com/Pk7rX3NiiU