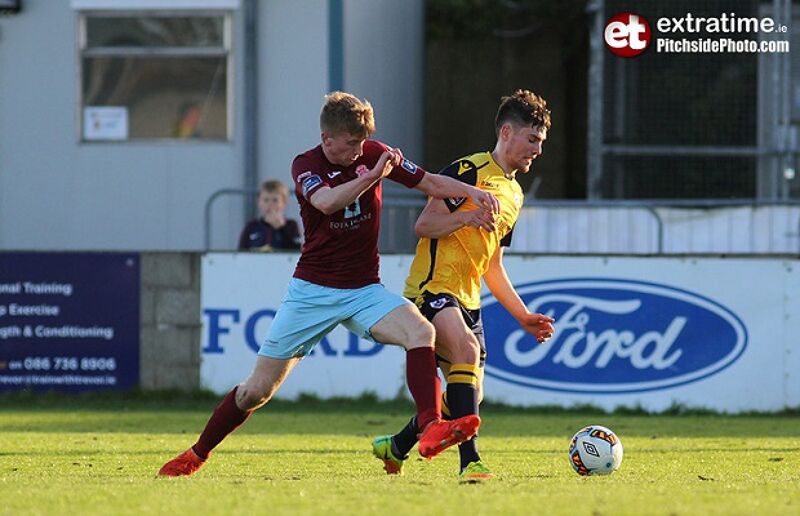 First Division Longford Town have confirmed that defender Tristan Noack-Hofmann has departed the club, bringing an end to a four-year stint with the club.

Noack-Hofmann is the first to officially depart the Midlander’s during the off-season, as the 21-year-old looks to pastures new ahead of the 2020 campaign.

With his final appearance for the club coming in the final league game of the 2019 campaign away to Cobh Ramblers, the DCU student made 58 league appearances for the club.

“I think it’s best for both the club and I to go our own ways. I’ve had a great time at the club. It’s a hard decision to make and I’m looking forward to a new chapter.

“I’ve loved my time at the club. It’s an unbelievable club to be a part of. It’s crazy to see people on the weekends talking from you to them.

“It’s been great, from the time I’ve made my debut against Derry to my last game down in Cobh.

“It’s been really enjoyable and there’s been so many good moments and I can’t thank everyone at the club enough for that.”

The former Republic of Ireland under-18 international added; “The first time we beat Sligo in the cup really stands out. I can remember it really well.

“I’ve never been so tired and exhausted but getting the victory was – I think Peter (Hopkins) had scored in extra-time – amazing.

“Obviously making my debut was a nice personal moment, scoring my first goal for the club. Overall it was a very enjoyable time.”

As for his next step, the defender finished; “It’s still up in the air.

“I don’t know what’s next. We’ll see what happens and whatever happens, happens.”

Tristan was our young player of the year in 2017 & always showed commitment & professionalism throughout his time with us.

A fan favourite at the CCS, he will be sorely missed! pic.twitter.com/zOn3eNEPoP