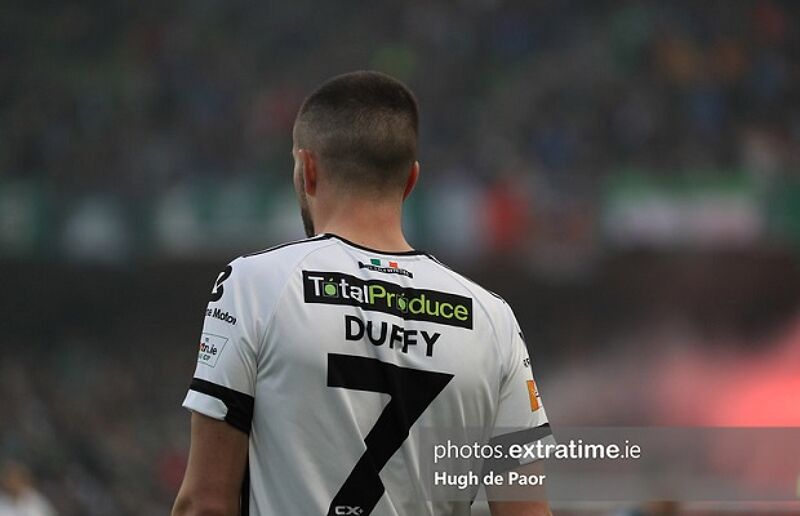 A rotated Dundalk side completed an impressive season by defeating Linfield by six goals to nil in front of 2,412 spectators at Oriel Park to become the first Unite the Champions Cup winners.

It only took 6 minutes for the Lilywhites to open the scoring. A neat pass from Robbie Benson set Michael Duffy away down the left.

He glided past Joshua Robinson before crossing low to the back post to opposite winger Dan Kelly. His shot was scuffed and blocked by some last-ditch Linfield defending where it fell to the feet of Georgie Kelly who made no mistake from 7 yards out.

Just ten minutes later some great build up play from Dundalk saw skipper Brian Gartland play a delightful ball down the inside right channel as Jimmy Callacher just managed to snuff it out for a corner.

From the resulting corner Michael Duffy’s out-swinger was met plumb by Gartland as he made no mistake heading home completely unmarked from 6 yards.

Linfield showed brief glimpses of composure on the ball but without the cutting edge of Northern Ireland international Shane Lavery, their efforts were in vain.

Dundalk were comfortable and their quick transitions through the lines didn’t allow the Belfast side to get into their compact well organised shape they displayed on Friday night.

Stephen Fallon went down in the Dundalk box looking for a penalty under pressure from Benson, however referee Stephanie Frappart was on the spot to wave the Blues claims away.

The third came after 35 minutes. Some dreadful attempts to play out from the back resulted in Rohan Ferguson playing it straight to Duffy 30 yards from goal.

The Derry-man rolled it into the path of Jamie McGrath who controlled before neatly striking the ball low into the bottom corner. If this was a boxing match the referee might have stopped it there and then.

The second half started rather like the first as Dundalk pushed forward at will. Duffy continued to escape the marking of opposite full-back Christopher Casement with his movement and dribbling proving too much to handle.

Daniel Kelly went close with an effort from the right after a surging run from McGrath as the Lilywhites looked like they could score at will.

The Blues changed to a three at the back after halftime with Matthew Clarke dropping into a back three and Kirk Millar pushing further forward to form a central striking partnership with Andrew Waterworth, but it was merely a case of too little too late.

Twenty minutes into the second half Dundalk got their fourth. A knock down from Georgie Kelly into the path of the on-rushing Robbie Benson saw the former UCD man beautifully chip goalkeeper Ferguson as the Lilywhites turned on the style.

The game was long over as a contest, and with just 15 minutes to go some excellent interplay between Duffy and Dan Kelly, saw the Ringsend man dink a cross into the danger area where Georgie Kelly was on hand to nod home from 6 yards.

Georgie Kelly’s replacement Patrick Hoban managed to get his name on the scoresheet as he headed home completely unmarked from a Duffy corner in the 85th minute.

This was a rout as Linfield took off some of their first team players in Waterworth and Millar with an important game against Institute on Saturday.

For Dundalk it was a night of celebration as they capped off another great year with a new trophy to add to their collection.