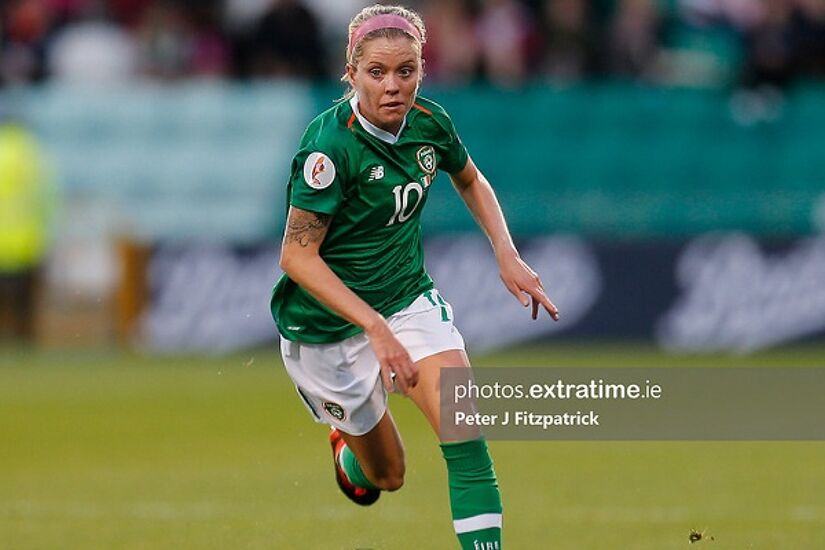 Republic of Ireland midfielder Denise O’Sullivan picked up a second consecutive NWSL title as the North Carolina Courage ran out comfortable 4-0 winners over Chicago Red Stars in the final.

Goals from Debinha, Jessica McDonald and Crystal Dunn saw the Courage to a commanding 3-0 half-time lead before Samantha Mewis added a fourth in the second half.

Cork native O’Sullivan, named the club’s MVP by her teammates for the second year in a row, played 90 minutes in midfield as the home side proved too strong as Sahlen’s Field.

Brazilian star Debinha opened the scoring inside four minutes – the fastest goal in championship game history – at the second attempt after Alyssa Naeher had saved her initial effort.

McDonald – one of five members of the United States’ World Cup-winning squad in the team – made it 2-0 on 26 minutes as she got her head to Lynn Williams’ cross.

231-times-capped Heather O’Reilly was applauded off at the end as she signed off an incredible career with her third NWSL Championship title.