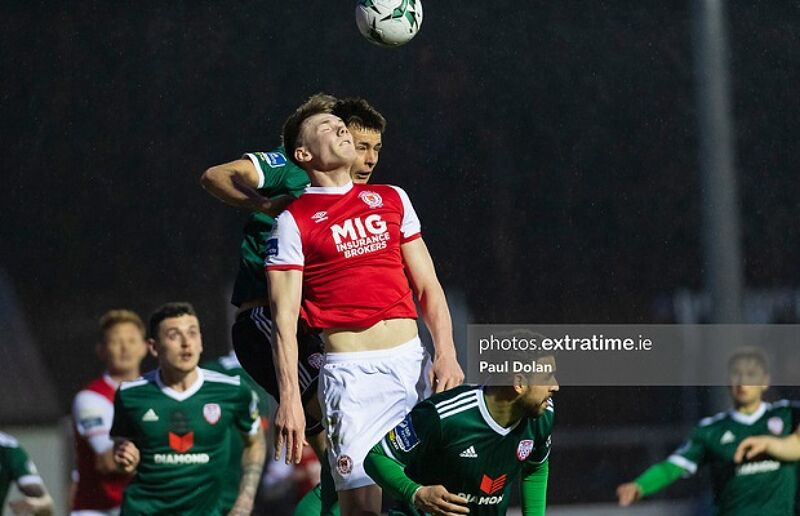 Derry City need just a point to seal a return to Europa League football as they prepare to host St Patrick’s Athletic at the Ryan McBride Brandywell (kick-off 7.45pm).

With Bohemians safely through, their only rivals for the final European spot are Tuesday night’s visitors, but manager Declan Devine is adamant they won’t play for a draw.

Saturday night’s win over Sligo Rovers means another three points at home to the Saints will put Derry above Bohs in third heading into the final day’s action.

The Candystripes fell behind early on in Sligo to a Lewis Banks goal but Jamie McDonagh and Barry McNamee struck back to give Derry a half-time lead they’d carry to the end.

"First and foremost we want to get over the line in terms of European qualification, however a win would lift us into third place with just one match to go," said Devine.

"That remains the focus – two wins from these two games would see us finish third. What a superb achievement that would be.

"St Pats are still in the hunt themselves and that will make them an even more difficult opponent than they already are, however we will approach the game positively.

“That's what we've always done no matter who we've played so we won't change now.

"I'm appealing for one last push from our magnificent supporters. If they turn out in numbers they can really help lift the players towards that goal.”

Derry have no new fresh injury concerns ahead of the game but Darren Cole and Jack Malone have both been ruled out for the season.

The task facing St Patrick’s Athletic is simple – win, and they give themselves a chance of sealing European football away to Dundalk on Friday.

Anything other than a win will confirm Derry as the fourth Europa League entrant for next season and Stephen O’Donnell’s rebuilding job will continue without European football.

A frustrating scoreless draw at home to Bohemians on Friday night showed improvement from the Athletic.

Only a world-class save from Bohs keeper James Talbot denied Chris Forrester what would have been a spectacular first-half goal.

"We are travelling to Derry in good spirits after the back of a good performance on Friday against Bohs,” O’Donnell told the club’s media team.

“I thought we played well and didn’t get what we deserved, “ he added.

"Derry are a good side and have had a really strong season. Playing up in the Brandywell is always a really tough game.

“We are going to have to be really at it to get a result. The players have recovered well since Friday and we are hoping to go up there and get a result"

O’Donnell has a full deck to choose from as Jamie Lennon returns to the fray following a one-match suspension.

Derry City and St Patrick’s Athletic have faced one another three times this season with both teams picking up four points.

Derry won the first game at Richmond Park 3-1, while Pats won 1-0 in the Inchicore return, while the sole meeting at the Brandywell ended 1-1.