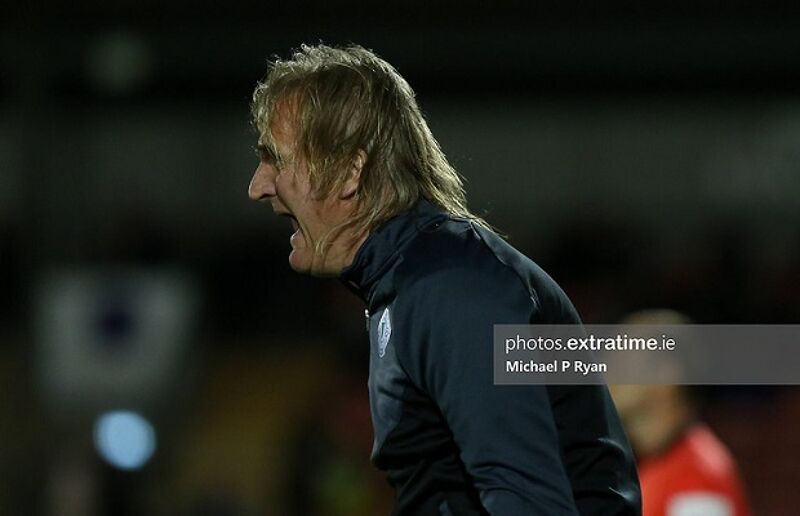 Harps are just six points ahead of The Students with four games left to play and the Donegal club will certainly be looking to increase that distance from the bottom of the table on Friday night.

Their last time out saw them claim a point away to Cork City who they might feel they can still catch in order to avoid the relegation playoff given City’s form over the last few weeks but with seven points separating the sides and a maximum of 12 on offer time may be running out on that front.

“It is well documented that we have had a long period with only a few home games so we are looking forward to Friday night,” Club Chairman Sean Quinn said, speaking to the club’s website.

“We need our fans to come out in numbers and really get behind the team.  Our fans know what a big game this is, and a big, noisy home crowd can make a real difference in nights like this.”

Ollie Horgan almost has a full squad to choose from on Friday night with just a couple of absentees to contend with as Daniel O’Reilly and Nathan Boyle both miss out due to suspension.

Time is running out for the Students with their stay in the Premier Division looking like it will be a short one.

A win against fellow relegation candidates, Finn Harps, could give them the boost they need going into the last few games and would half the gap between themselves and 9th place.

It’s been a tough few weeks for new manager Maciej Tarnogrodzki after taking over from Collie O’Neill in August.

The manager is still yet to win a Premier Division game with UCD but there is no doubt he’ll be looking to Friday night for that change in fortunes the club so desperately needs.

The Students have lost seven of their last eight Premier Division games, however, and that includes 10-1 and 7-2 drubbings at the hands of Bohemians and Shamrock Rovers respectively so it certainly does not look good for the side heading into the last weeks of the campaign.

Liam Scales is UCD’s only absentee ahead of their trip up to the Co. Donegal venue.

The sides have met three times previously this season, and on each occasion the home side has emerged victorious with UCD having hosted twice and claiming two wins.

UCD have lost seven of their last eight games.

Finn Harps last win in the Premier Division was against Bohemians in August when they won 1-0 in Ballybofey, it was during the next Gypsies league game that they went on a rampage, beating UCD 10-1.