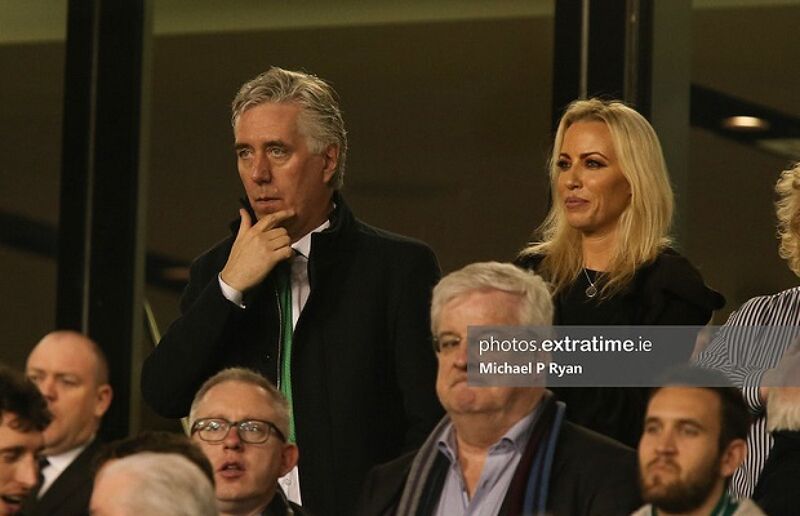 The Football Association of Ireland (FAI) have announced the resignation of former CEO and Executive Vice-President John Delaney.

Appointed as CEO of the Association in 2015, Delaney served the role until March of 2019 – before he was installed as Executive Vice-President shortly after.

While at the helm of the FAI, Delaney oversaw the move to the Aviva Stadium following the redevelopment of the Lansdowne Road venue.

However, this evening, the FAI have confirmed his resignation following talks between both parties which will come into immediate effect.

“The Board of the Football Association of Ireland announces the resignation with immediate effect of Executive Vice-President and former CEO John Delaney,” a statement from the FAI reads.

“Mr. Delaney served as CEO of the FAI from 2005 to March of 2019 during which time the FAI became partners in the new Aviva Stadium.

“In 2017, he was elected to the UEFA Executive and in March of this year, he moved to a role of Executive Vice-President of the FAI.

“Both parties have agreed to make no further comment.”