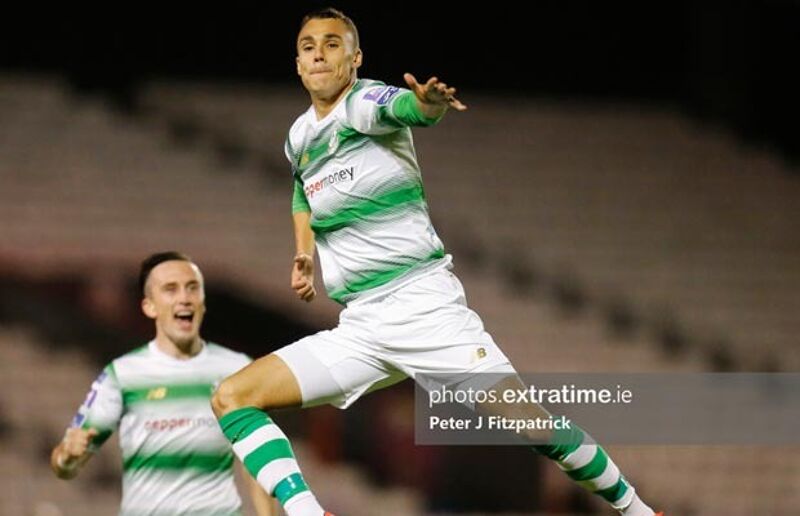 Shamrock Rovers have taken a dramatic lead in the FAI Cup semi-final derby away to Bohemians thanks to a wonderful header from Graham Burke.

Burke headed home the only goal of the game when the Hoops edged out Bohs last month at Tallaght Stadium – their first derby win in two years – and he gave the visitors an early lead here.

Aaron Greene had already tested Bohs keeper James Talbot with a low shot when he ran the channels and forced Paddy Kirk into conceding a corner wide on the right.

Jack Byrne floated a teasing corner into towards the near stick and Burke lost Kirk before, leaning back towards his own goal, he arced a header past Keith Buckley on the post.

A tight second half yielded few chances but what was created game from Rovers, however Bohs' chances were extinguished with 14 minutes remaining.

Danny Mandroiu had seen his influence wane as the second half went on and he was dismissed for a studs-up challenge that caught Sean Kavanagh on the ankle.

Four minutes later, Rovers wrapped it up as Ronan Finn burst down the right and picked out Greene to finish into the roof of the net.