Bohemians -v- Shamrock Rovers - Where can I watch it and what do I need to know? 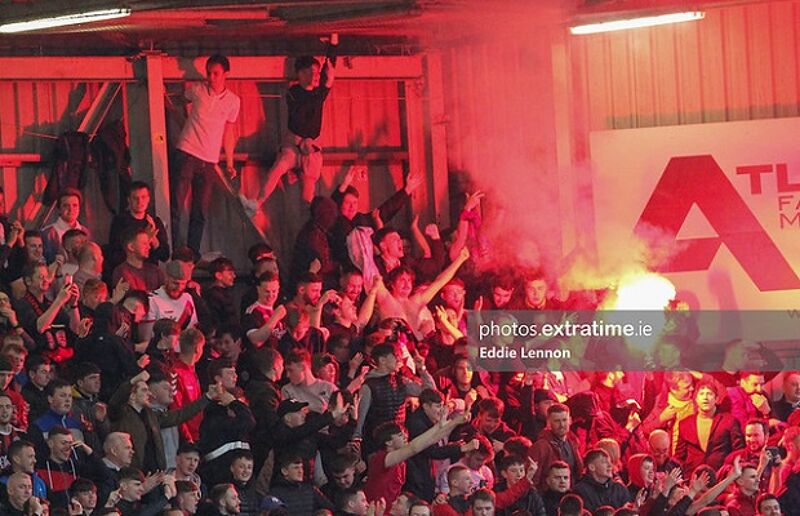 There’s much more than just an FAI Cup final place at stake this evening as Bohemians host their most heated rivals Shamrock Rovers at a sold-out Dalymount Park (kick-off 7.45pm).

The Gypsies have gotten the better of the Hoops in three of their four league games this season but Rovers ended a long winless run when they came out on top of a 1-0 win last month.

Graham Burke’s first-half header earned Stephen Bradley’s side their first win over the Gypsies since May 2017 – coincidentally, the last time Rovers won a game at Dalymount.

So recent history would appear to be in Keith Long’s side’s favour, as well as home advantage and a sell-out home crowd, but derby games rarely keep to the formbook.

Form is not too bad for either side, however, with Monday’s 3-2 defeat to Dundalk, which confirmed the Lilywhites as title-winners, was their first in the league since June.

Bohs’ recent form has been a little patchier but they remain well-placed to finish third and secure the final automatic European spot, regardless of whether they lift the cup or not.

Rovers played a full-strength side at Oriel Park on Monday while Bohs have had an extra three days’ rest – although a lengthy injury list surely negates that advantage.

Whoever lines out on each side, however, there will be nothing less than 100% commitment and, with three red cards and four penalties already in the fixture so far this season, no little drama.

Rob Hennessey from Limerick will referee the tie.

The game is a complete SELL-OUT.

While attacking players have gotten the bulk of the plaudits for Bohs’ excellent season to date, their success has come on the back of the third-meanest defence in the league.

With so many key players expected to miss out, the experience of captain Derek Pender will be more vital than ever, while at 34 his energy in either full-back slot remains undimmed.

For Rovers, while Jack Byrne’s mercurial talent can win any game, with seven goals in his last nine games, Aaron Greene is undoubtedly the form player.

He showed composure to net early in the second half at Oriel to give Rovers a fighting chance and, with the creative players Rovers have, he is sure to get at least one gilt-edged chance.

Danny Mandroiu, whose stunning double settled the last meeting at Dalymount, is a major doubt while Conor Levingston and Keith Buckley could miss out, while Joey O’Brien is Rovers’ only miss.