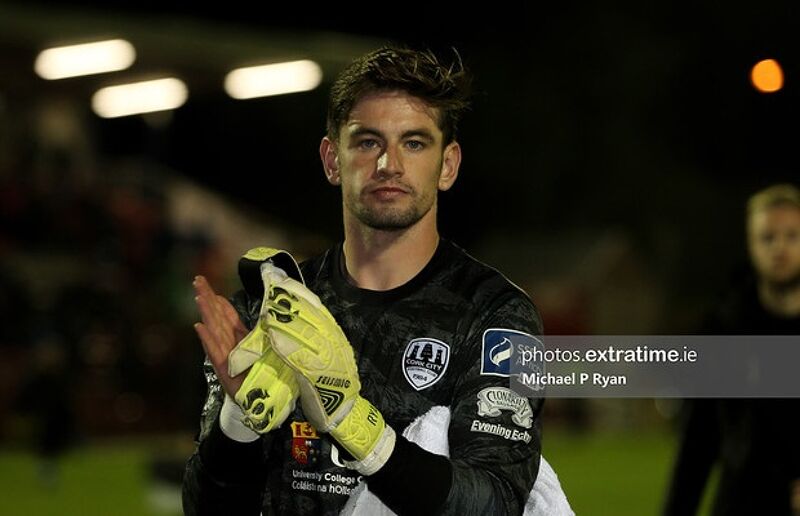 The Candystripes play their game in hand in the League of Ireland Premier Division when Cork City visit the Brandywell on Friday night (kick-off 7.45pm).

Declan Devine’s side are still pushing to ensure a European place for next season with five games left to play this season.

Last week the side played out a scoreless draw at home to Bohemians, one of their rivals for Europe in the run in to the end of the season.

With just two points between the two clubs, Derry will be looking to leapfrog The Gypsies as they equal the number of games played this weekend.

“We have worked so hard to get ourselves into this position and it’s important that we keep pushing on,” manager Declan Devine said, speaking to the club’s website.

“There are only five games to go before we have a long break.

“Overall we’re happy going into the match but we’ve seen recently that the later rounds of fixtures can often throw up surprises.

“We need to be on our guard and ensure that we give ourselves every possible chance of finishing the season strongly.”

In terms of team news, Derry will be without Jamie McDonagh due to suspension while Darren Cole underwent surgery on a ruptured ACL on Wednesday. Darren McCauley is also a doubt, having left the field with a concussion during the EA Sports Cup Final against Dundalk two weeks ago.

There is good news for The Candystripes with both Greg Sloggett and Conor Davis taking full part in training this past week.

The Rebels are still in danger of being dragged into a relegation playoff if they fail to turn their form around over the last few weeks of the season.

A scoreless draw with Finn Harps at Turner’s Cross last week sees just seven points still separating the 10th and 11th placed clubs, although Cork still have a game in hand to play.

They will be getting that game out of the way on Friday when they make the long trip up to Derry to face a side with their eyes firmly on European qualification.

With just one point garnered from the four games played since Neale Fenn took over the club this week’s game poses a real challenge to the struggling club.

“Derry are flying. They’ve had a great season and Declan has done a great job up there. He’s really galvanised the whole city of Derry,” assistant coach Liam Kearney told the club’s website.

“They play with a lot of pace around the pitch. We know going up there, that we’ll want to keep it tight. We don’t want to concede early and, as the game progresses, we’ll feel our way into it and try to get at them.”

The injury list is still quite long for The Rebels and Neale Fenn will be without Ronan Hurley, Kevin O’Connor, Cian Bargary and Cian Murphy for Friday night’s game.

Neale Fenn takes charge of Cork City for the fifth time on Friday night, he has failed to win in his first four games at the club.

Finn Harps are just seven points behind Cork City, and the Donegal club still have four games to play.

Derry and Cork have faced each other three times already this season in the Premier Division. Cork have only managed to get a result once, when they drew 0-0 at Turner’s Cross in March. Derry won 2-0 and 4-2 in the subsequent meetings.