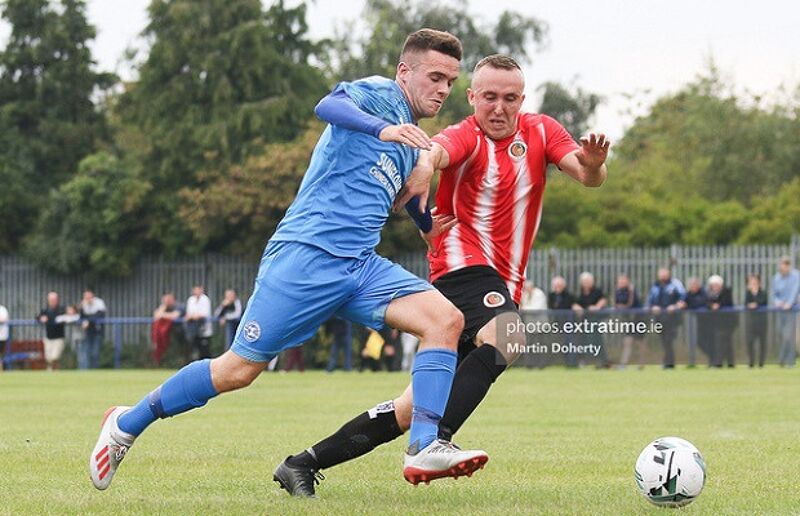 The Leinster Senior League champions have been forced to move the game from their home base of Armagh Road due to FAI stadium requirements.

They made the logical decision to move in with partner club St Patrick’s Athletic for what promises to be a well-attended derby.

A 3-1 win over Lucan at Armagh Road brought a large attendance to the Crumlin venue and they were treated to goals from Jake Donnelly and Alan McGreal and an own goal.

Paddy Seery pulled one back for the Senior 1A champions but Crumlin held out for a well-deserved win at Armagh Road.

Midfielder James Lee will be unavailable for Martin Loughran’s side as they look to set up  a semi-final date with another Dublin club in Shamrock Rovers.

Bohemians make the short trip to Inchicore tonight as they look to set up a mouth-watering Dublin Derby with Shamrock Rovers in the semi-finals.

The Gypsies have seen off the challenge of two First Division clubs to date but have ridden their luck on both occasions.

A 3-2 win over Shelbourne in the first round came about only after Jaze Kabia was sent off with the Reds 2-0 up at Dalymount Park.

Goals from Keith Buckley and Danny Mandroiu on the double saw Bohs overturn the deficit in injury time.

The second round date with Longford Town went all the way to penalties, but only after Sam Verdon had hit the woodwork with a spot-kick in normal time.

James Talbot was the hero in the shoot-out as he saved the decisive spot-kick from Longford keeper Lee Steacy.

"Crumlin have good players. They would more than hold their own in the First Division if not more. They're a settled team who will fancy having a go at us,” said Long.

"We are favourites and rightly so. It is a tie we are expected to win. But we have to give Crumlin the respect you give every team as they do have players who can hurt you. Our performance has to be right.

"It's a cup quarter-final. We all want to progress. Crumlin will have a big support out for them and it's vitally important that we bring a big crowd over behind us from the start as well."