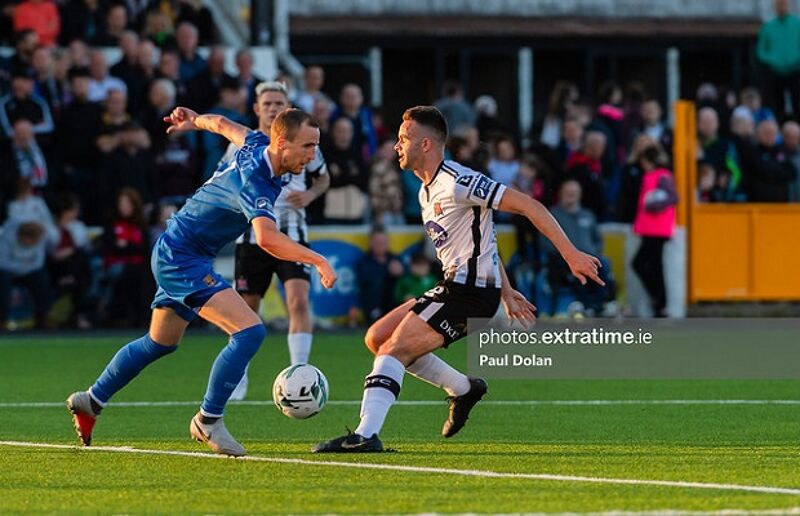 Alan Reynolds’ side come into the game on a high having seen off the challenge of Hearts Colts in their Tunnock’s Caramel Wafer Challenge Cup tie on Friday night.

Goals from Karolis Chvedukas, Alex Phelan and Regix Maduka saw the Blues to a 3-1 victory, while Leon Watson was on target for the Scottish side.

That gave Waterford their second win on the bounce following last week’s 2-1 victory against Cork City in Turner’s Cross, and is cause for some optimism at the RSC.

“It’s nice to win [against Hearts] and get into the next round of the competition,” Reynolds told the club’s official website.

“It was a good night all round for us so we’ll hope to continue to build on it going forward.

“There is a buzz around the camp at the minute and I’m delighted for all involved because it has been a difficult season for us.

“I think that everyone knows that it hasn’t been easy and results like in Turners Cross last Monday is reward for the effort that we are putting in.

“It’s now all about Dundalk. We trained today [Sunday] as a group so we are looking forward to the game. We are nice and focused and the players are positive.

“We know that Dundalk are a good side and nobody is giving us a chance. We know how difficult it’s going to be but we’re going to have a good go at it.”

John Kavanagh, Dean Walsh, Michael O’Connor and Will Fitzgerald are set to miss out with injury, while Zack Elbouzedi is away with the Ireland under-21s in Sweden.

Dundalk made it seven wins on the bounce with a narrow 1-0 win over Cork City on Friday night.

Georgie Kelly scored the only goal of the game 12 minutes from time as the Lilywhites moved ten points clear at the top of the Premier Division.

With the EA Sports Cup final set to follow next weekend, Vinny Perth’s side are still in contention for a historic treble.

First, they’ll have to navigate a difficult away side with a Waterford side who have recently come into some form of their own.

“The FAI Cup is massive to us,” striker Kelly told the club’s website.

“It’s a big week ahead for us with both cups but our focus is on Waterford on Monday night. They will be ready for that and it’s always difficult at the RSC.

“They will have a decent crowd down there so we know what to expect. We aren’t looking past that. We will prepare ourselves this weekend for that game.

“Everyone at the club is focused on that and it is a big game. Waterford are going well themselves. They are in a bit of form at the minute so they will want to win too.

“We are just focused on ourselves and we want to get back into the FAI Cup semi-finals.”

John Mountney misses out with a foot injury, while Jordan Flores is also absent, while Sean Murray will be assessed closer to kick-off.

It’s 33 years since Dundalk and Waterford last met in the FAI Cup, a 2-1 win for the Blues at the RSC.

Dundalk have won all three of the sides’ clashes so far this season, by an aggregate scoreline of 10-0.

The last meeting at the RSC in April finished in a 3-0 win for Vinny Perth’s side thanks to a Michael Duffy double and one from Jordan Flores.