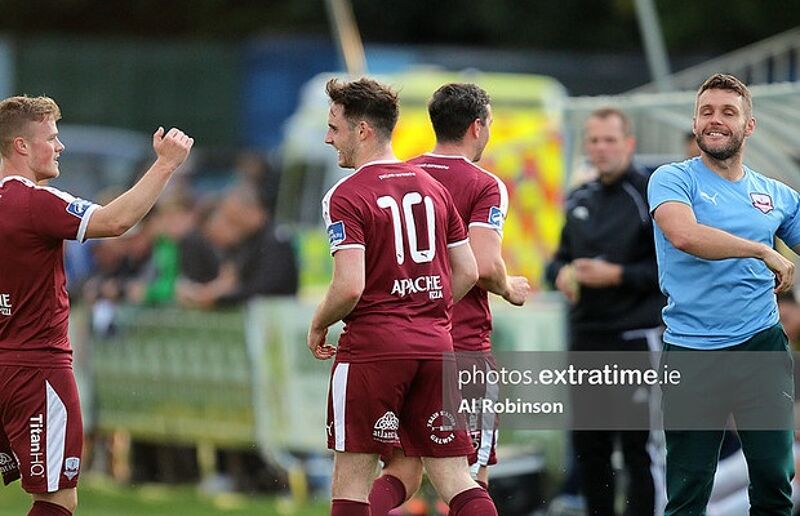 Cup giant-killers Galway United welcome struggling Limerick in what promises to be an entertaining encounter in the First Division to Éamonn Deacy Park on Friday evening (kick-off 7.45pm).

United go into this fixture full of confidence after their cup exploits last weekend and aim to finish their disappointing league campaign in a strong fashion starting with a win over free falling Limerick.

A goal right on the stroke of half-time from midfielder Conor Melody was enough to book United’s place in the last eight against Cork City.

Galway boss Alan Murphy was understandably delighted with the result and feels his side have received a much needed boost going into the business end of the season when he spoke to his club’s media team.

“Confidence is high in the group. We’ve managed to bridge that gap between performances and results.

“I think it’s important that we state how good the atmosphere was at the Cork City game last week. There was an entertainment factor on the night and obviously we got the win which is important to the fans.

“It was a marriage of performance and result. It hasn’t always been like that at times this season, but I think everyone around the county is realising the work that is being done and it’s still early days for this group of players.”

The Tribesmen are looking to make it four consecutive wins in all competitions this Friday. Previously dispatching of Cabinteely and Collinstown before the win over the Leesiders.

There is mixed news for Alan Murphy on the injury front with Adam Rooney (foot), Colin Kelly (ankle) and Joshua Keane Quinlivan (ankle) all side-lined.

However, Andrew Peters and Iarfhlaith Davoren return from injury and are available for selection. Galway United have no players suspended this week.

The Shannonsiders make the difficult trip to the West hoping to give themselves a confidence boosting win over the Tribesmen.

Limerick’s brief cup run was halted in only round two in emphatic fashion by a rampant Sligo Rovers who produced a five star performance to win 6-2 at the Showgrounds last Saturday evening.

Tommy Barrett’s side were very much the underdogs going into this match, but they came out of the blocks flying and hit the front on four minutes thanks to Karl O’Sullivan.

The Super Blues doubled their lead just three minutes later when Karl O’Sullivan grabbed his second of the game to make it two-nil and the shock result looked like a distinct possibility.

The Bit O’Red soon woke from their slumber and came back into it and halved the deficit on 24 minutes through Romeo Parkes before the Blues capitulated in the grand manner.

Tommy Barrett’ side went on to lose the game by six goals to two, with three red cards for Shaun Kelly, Clyde O’Connell and Jason Hughes certainly not aiding their cause.

Limerick have been on a dreadful run of form in the league since the end of the summer break and have managed to register just one win in their last six matches.

The Super Blues have suffered defeats at the hands of Bray Wanderers, Drogheda United, Cobh Ramblers, and Cabinteely and drew one-all with Athlone Town at Markets Field.

Interestingly, Tommy Barrett’s men will be clashing with two ex-players in the form of Killian Brouder and Jack Kelly which could add spice to the occasion.

Tommy Barrett will be without the services of Kelly, O’Connell and Hughes all banned following their dismissal’s against Sligo last weekend.

Galway United and Limerick have met on two previous occasions in the league this season with the Super Blues coming out on top both times with Limerick narrowly winning 1-0 at Eamonn Deacy Park back in April and a hard fought 2-1 win at the Market’s Field in June.

The Tribesmen and the Super Blues have met competitively on 13 occasions since 2015 with Limerick marginally enjoying the better head to head record with six wins to Galway’s four with 3 draws.

Galway United are currently in 8th place in the SSE Airtricity First Division on 19 points with 5 wins, 4 draws and 15 defeats from their 24 matches.

Limerick are currently in 6th place in the SSE Airtricity First Division on 33 points with 9 wins, 6 draws and 9 defeats from their 24 matches.