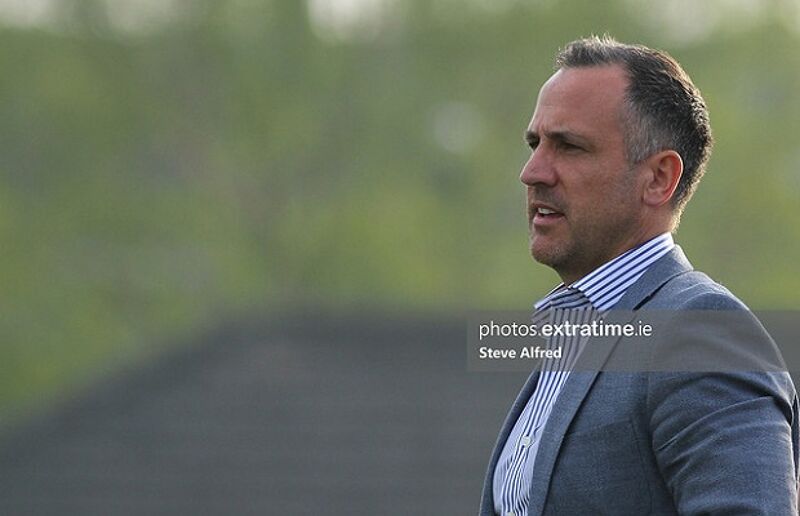 Neale Fenn says it's 'fantastic to be back' at a club that holds so many memories from his playing career after he was confirmed as Cork City manager.

The Londoner has signed undisclosed multi-year agreement after the club agreed a settlement with Longford Town to release him from his contract with the midlands side.

It rounds off a rapid rise for the former Irish youth international after only beginning his managerial career two years ago as assistant at Leyton Orient, before a brief spell at Drogheda United before Longford.

At Longford, Fenn’s transitional style of play and possession-based approach guided De Town to the FAI Cup quarter finals in 2018, where they lost to City, and they remain likely to make the play-offs this time around.

Fenn was one of the key players in Cork City’s 2005 league title success and played a key role in European adventures for the club, including City’s run to the quarter finals of the 2004 Intertoto Cup.

“It’s fantastic to be back here,” Fenn told the club’s website.

“I took a walk around Turner’s Cross and the memories came flooding back of the fantastic nights in front of the Shed End – winning trophies and those great European nights.”

He added: “I can’t wait to get going now.  I’ve met the backroom team, a lot of who I know from my playing and coaching career.

“We’re committed now to finishing the season as high as we can in the league. There’s a very strong group of players here.

“The spine of the team is Cork City through and through, you need that to be successful.”

Club chairman Declan Carey added: “We all have fond memories of Neale’s playing days at the Cross and he’s done very well at Longford, where they played an attacking style of football.

“He shares our vision of where we want to go. Make no mistake about it, Neale has a huge job now to bring this club back to where it belongs over the next few years.

“We’ll back him and the whole first team 100% and we hope the Cork public get behind what we’re trying to achieve. We’re all in this together – supporters, players, staff, board – everyone.”

Fenn’s first game at the club will be on Friday evening, as City take on Sligo Rovers at Turner’s Cross.