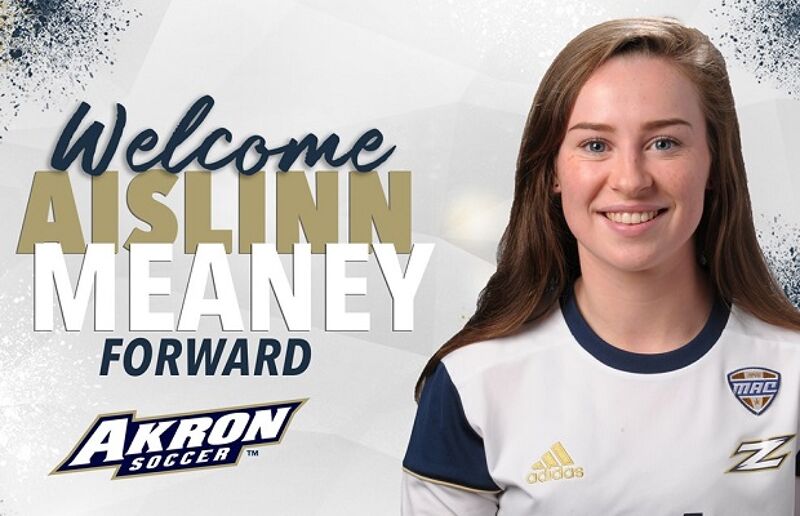 None Credit: University of Akron

Galway striker Aislinn Meaney has joined fellow Tribeswoman Lucia Lobata in swapping the Women’s National League for college soccer in America at the University of Akron.

The Ennis native has transferred her studies to the Ohio university after spending the past two years at NUI Galway.

18-year-old defender Lobato was announced by the same college earlier in the summer after completing her Leaving Cert at Dominican College in Galway.

The Irish link at Akron deepens further as head coach Noreen Herilhy, a Cork native, is a former Ireland international.

The 19-year-old has been a mainstay at Galway side and was named the league’s player of the month in June 2018, beating fellow internationals Karen Duggan and Rianna Jarrett to the gong.

She made her international bow in a friendly with Portugal in January 2018 and was a regular feature in Colin Bell’s squads during the World Cup qualifying campaign.

Meaney also featured for the Irish colleges side at the World University Games in Naples last month, helping Dave Connell’s side to a fourth-place finish.

Galway native Lobato has represented Ireland up to under-19 level and has spent the last two seasons playing with Galway’s senior team after joining in the summer of 2017.

They join a host of National League players in taking up scholarships in the States this summer as DLR Waves keeper Erica Turner, Kilkenny United stopper Lauren Davis and Shelbourne keeper Amanda McQuillan have made similar moves.