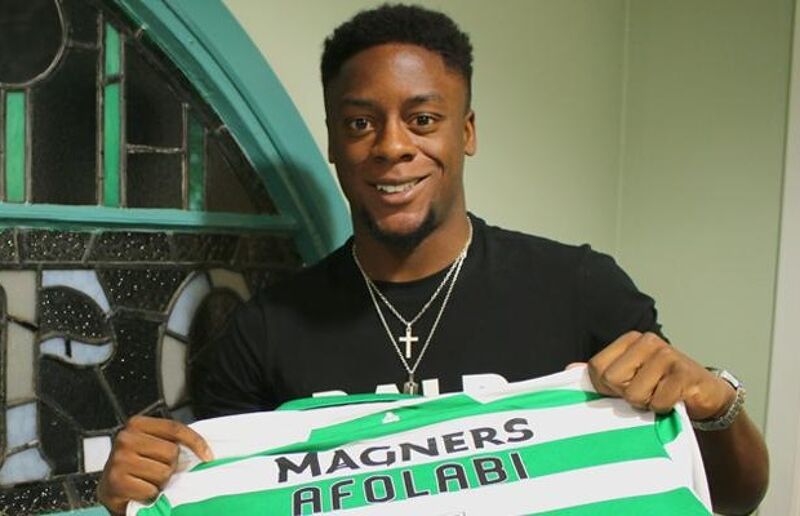 Celtic have confirmed the signing of Republic of Ireland under-19 striker Jonathan Afolabi on a three-year deal.

The Tallaght native has been without a club since leaving Southampton in May before starring for Tom Mohan’s side at the under-19 European Championships in Armenia.

He will wear number 24 for his new club and should be eligible to come into consideration for Thursday's Europa League play-off first leg with AIK.

Afolabi’s goal in the final group game against the Czech Republic – the winner was scored by new teammate Barry Coffey – helped Ireland reach the semi-finals.

The 19-year-old missed the semi-final defeat to Portugal due to a suspension picked up in that game but he was nonetheless chosen as Ireland’s sole representative in UEFA’s team of the tournament.

Afolabi came through the ranks with Shamrock Rovers and St Joseph’s Boys before signing for the Saints on turning 16.

“It’s been great so far,” he told Celtic TV.

“This is a big move for me and everything has been going well so far. The boys have been very welcoming, the fans have been great as well, and I’m delighted to be part of this family now.

“Celtic is just a stand-out team for me, and they have a great reputation of bringing youngsters from the Academy through the ranks.

“This is a great club, with a great history, and a great place for me to be a part of. I look forward to helping out in the seasons ahead.

“If I can learn from the senior players, I’ll hopefully have the chance to play in front of these great fans.

“With such a talented pool of players, it’s going to take time and hard work to break in, to prove myself to the manager and the dressing room – but that’s something I would have to do anyway.

“Hopefully I can get a bit of time on the pitch in the future to showcase what I’ve got.”