Book review: CONIFA - Football for the forgotten by James Hendicott 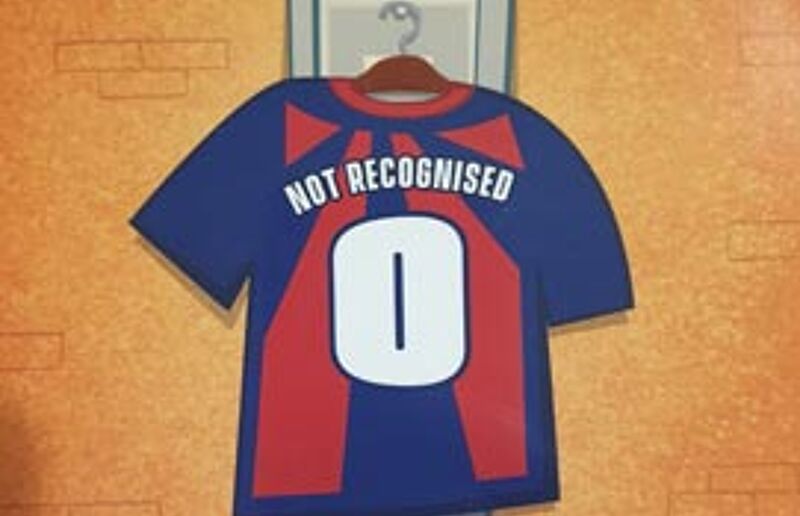 What links European Cup winner Bruce Grobbelaar, former Irish underage international Billy Mehmet, and a game where two sets of supporters from Hungary are cheering sides in a game played in West London? The answer lies in the gloriously unique world of the CONIFA World Football Cup.

The Confederation of Independent Football Associations (CONIFA) was formed on 6 July 2013 in Douglas, the capital of the Isle of Man by German shirt collector Sascha Düerkop and referee/business developer Per-Anders Blind from Lapland (Sápmi) in the aftermath of the collapse of the New Football Federations Board (NF). The NF Board ran international competitions for those teams who couldn’t gain access to the competitions run by FIFA.

This book, written by Irish based Englishman James Hendicott, details the story of 2018 CONIFA World Football Cup through an eclectic mix of match reports and histories of how the various teams ended up playing in the tournament.

The result is a publication which allows the reader to drift from match action to historical profiles in the space of a few pages. The carnival atmosphere created by the players of Matabeleland - a Zimbabwean region which is represented by former European Cup winner Grobbelaar at the latter end of the tournament - in their first game is followed by an information laden section about the region itself and how it exists in the present day.

The struggles of the Matabeleland team to even get to London is one element of what makes the CONIFA World Football Cup, and this book that little bit different. While Hendicott makes it clear throughout the book that CONIFA has no political agenda, merely by allowing different teams to take part in their competition causes discontent amongst those who feel it to be recognition of a separate entity. However, the organisation themselves feel they’re merely providing an opportunity and platform for players not eligible to compete in FIFA competitions to play on the international stage.

Teams which participated in the 2018 World Cup included Northern Cyprus for whom the aforementioned Mehmet led the line up front, the Northern Italian based Padania, Szekely Land of Hungary, Karpatalya of a region including Hungary and Ukraine, Northern American’s Cascadia and Panjab who represent former inhabitants of an area of West India and East Pakistan as well as Barawa of Somalia.

CONIFA itself has flexibility with regards to some of its rules, including dates of registration and this has to exist due to the nature of the federations involved. However, this can sometimes cause discontent amongst those who feel they have adhered to the rules - heavy hitters Ella Vannin, of the Isle of Man, withdrawing during the competition being a prime example. Hendicott deals with issues such as these throughout the book with a manner which provides a balanced approach to the reader and allowing them to make up their mind about issues. This includes those involving the closing down of the organisation's Isle of Man bank account due to regulations regarding the ability to register the organisation as charitable.

At its heart, this is a book detailing the CONIFA World Football Cup of 2018 and the journeys of the teams to get there. However, to term it as such would be to dilute the human elements of the stories, even beyond the teams themselves. From the kind donation from a manager’s mother to ensure that her son’s team would be able to travel to London to the threats of violence on the terrace towards the author, this book brings a sense of the community which exists at grassroots football and can often be lacking in the corporate world of the elite level - although speaking of elite, former Premier League referee Mark Clattenburg officiated some of the fixtures.

Not everybody will be able to associate with the world of CONIFA, international football based in quaint stadia with passionate but frequently numerically limited crowds - however those of us who regularly take in League of Ireland games may be closer than most. The LOI may be ‘The Greatest League in the World’ but the CONIFA World Cup could certainly stake a claim for ‘Greatest Competition in the World'-  as such this book could be termed ‘The Greatest Book about the Greatest Competition in the World’!

It’s a book which I thoroughly enjoyed reading due to the short, snappy style of writing - neither match commentary nor history fact file extend beyond that which is necessary for the writer to paint a picture, while the chapters are neatly broken up with a team history and along the chronological lines of the tournament itself.

From the volume of evidence and interviews undertaken by the author outside the parameters of the tournament duration, it’s clear that he wanted to portray a detailed overview of the organisation as much as the competition and it’s this desire to present a context rather than a set of reports which set the book apart. If you feel like you want to get in touch with the raw enjoyment of football pared back from bureaucracy and understand the struggles some people are willing to go through to represent an area they’re fiercely proud of then CONIFA - Football for the Forgotten is for you.