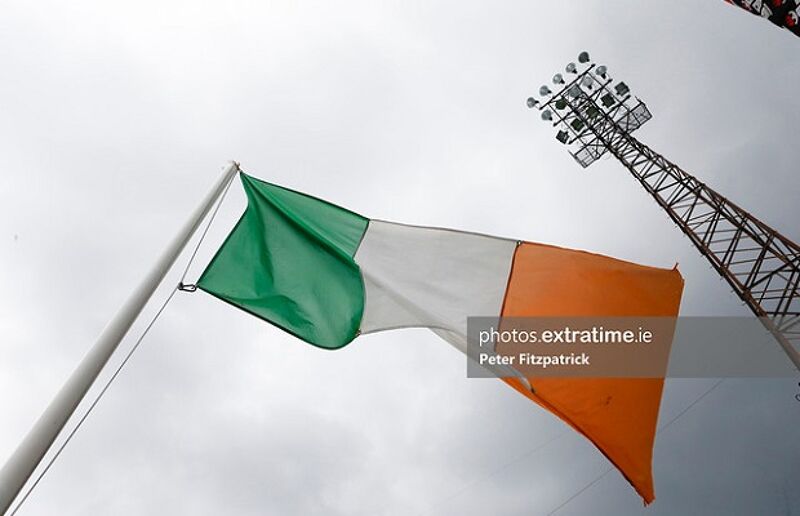 The Republic of Ireland fell at the penultimate hurdle of the UEFA European Under-19 Championships as they were comprehensively beaten 4-0 by Portugal.

Benfica striker Goncalo Ramos scored twice, after captain Vitor Ferreira had given the holders the lead from the penalty spot, to book a final against either France or Spain.

The final scoreline made cruel reading for Tom Mohan’s side, who had two excellent chances to equalise late in the first half, but the stylish Portuguese were good value for victory.

Ireland went into the game without the suspended captain Lee O’Connor and Jonathan Afolabi, goalscorer in the win over the Czech Republic that sealed their last four spot.

And those absences – plus those like Troy Parrott and Nathan Collins whose clubs refused to release them – told as a classy Portugal outfit gradually wore down Ireland’s resistance.

Mohan’s charges played the bulk of the match with three 16-year-old – Joe Hodge, Matt Everitt and Festy Ebosele – and the greater experience and physical development was clear.

Porto midfielder Ferreira put Portugal in front from the spot just after the half-hour after Joe Hodge let his enthusiasm get the better of him to foul Joao Mário in the box.

Kameron Ledwidge had originally done well to pick off Tomas Tavares’ pass but a casual clearance allowed Mário to drift to the endline, where he was clipped by the trailing leg of Hodge.

Ireland had two big chances to equalise but Barry Coffey saw his shot cleared off the line before Mark McGuinness smashed his shot off the bar.

Brilliant hold-up play from the tireless Ali Reghba saw  the Leicester City striker forcing Celton Biai to parry his low shot into Coffey’s path but somehow Costinha got in a position to block on the line.

Within a minute, Ireland had another chance and Coffey was the creator, cutting back from the endline to McGuinness, who would have scored had he picked either side of Biai.

Disaster struck for the Irish in the second of eight injury-time minutes at the end of the half as Ramos notched his first of the game just as the momentum looked to have turned.

Ferreira stood up a cross towards the back post that just eluded Brian Maher’s reach and Ramos’ run wasn’t tracked, leaving him with a simple finish from a yard out.

Portugal ensured their place in the final with the third, killer, goal just before the hour as Hodge’s pass was cut out in midfield and Ramos got on the end of a swift break to fire past Maher.

Festy Ebosele, who was impressive after replacing Ciaran Brennan late in the first half, forced a super save from Biai with a late free-kick as Ireland were denied a consolation.

And Ramos sealed his hat-trick deep in injury time when he was played through by Daniel Silva and showed Maher the eyes before dragging the ball in at the near post.