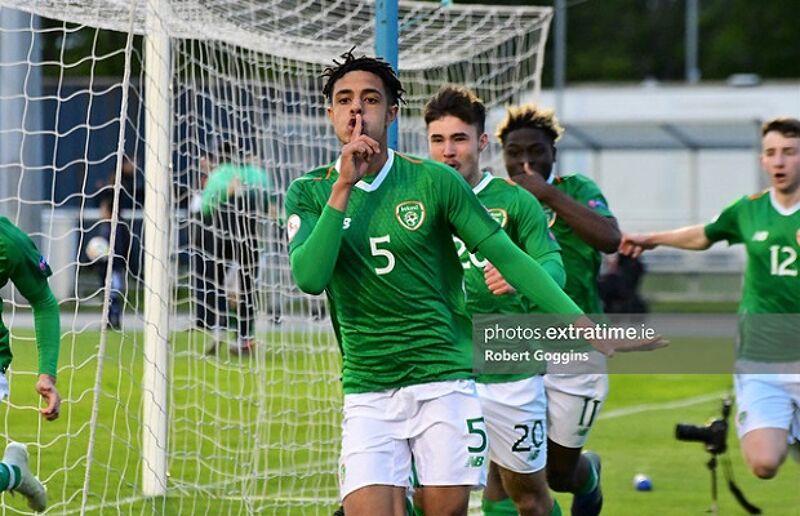 Portugal will take part in their fourth consecutive UEFA European U19 Championships semi-final when they take on Ireland in Banants on Wednesday (kick-off 3pm Irish time).

Filipe Ramos’ side are defending champions, having been runners-up to England a year earlier, and cruised through Group A with eight goals scored and just one conceded.

The one goal conceded came in a draw with Spain, who will meet France in the other semi-final, in between emphatic victories over Italy and hosts Armenia.

"They are a strong team physically. They will be tough as they have been in this European [campaign], defensively strong, with strong players who like contact.

“We will redouble our attention on set pieces and make our game. It will be a tough, tough game, but we are prepared. We really want to be in the final.”

Captain Vitor Ferreira warned against underestimating Ireland simply because they’re not one of the major nations of world football.

"Because it's not a big name like a Spain or a France, they tend to devalue," he said.

"The truth is that Ireland made an immaculate preparation and an elite round. And they only suffered their first loss in this final round against France and by the slightest margin.

“We have already studied the strengths and weaknesses of this team and we know it will be a very difficult game.”

Portugal have not provided team news.

Ireland arrive into the semi-finals as ranked underdogs after scraping through Group B as second-place finishers.

A 2-1 victory over the Czech Republic on Sunday evening was enough to ensure a last four place, with Jonathan Afolabi and Barry Coffey on target.

Afolabi scored a wonderful individual effort late in the first half and, though Vasil Kusej levelled with 11 minutes to go, Coffey struck the winner less than two minutes later.

The win came at a cost, however, as both Afolabi and captain Lee O’Connor picked up harsh bookings late on that have ruled them out of the semis.

"It is a tremendous achievement by the players to reach the semi-finals of the UEFA European Championships and they deserve a huge amount of credit in being one of the final four teams,” manager Tom Mohan told the association’s website.

“However, we are not content with that as there is a place in the final up for grabs and we will do everything that we can to take that.

"We have an extra incentive when it comes to motivation to reach the final as the players, and staff, want to do it for both Lee O'Connor and Jonathan Afolabi, who are both suspended for our semi-final with Portugal.

“It is really disappointing for the two lads, who have been outstanding in every game for us, so we want to collectively do what we can so that Lee & Jonny get to play in the final.

"We are fully aware of the threat that Portugal pose. They won the tournament last year and we've seen their Elite Round qualifiers and their games in Armenia.

“There is no question that they are one of the strongest teams in this year's tournament and we will have to produce another massive performance to match them, but this group of players are not fazed by anyone and we have a lot of strengths too.”

This is the first time the sides have met at an under-19 European Championships finals, having met three times in qualifying.

The last meeting between the sides came in qualifying for last year’s tournament, which Portugal won, a 4-0 victory for the Portuguese.

Previously, the sides faced one another in qualifying for the 2008 and 2012 tournaments, with Portugal winning 2-1 and 1-0 respectively.