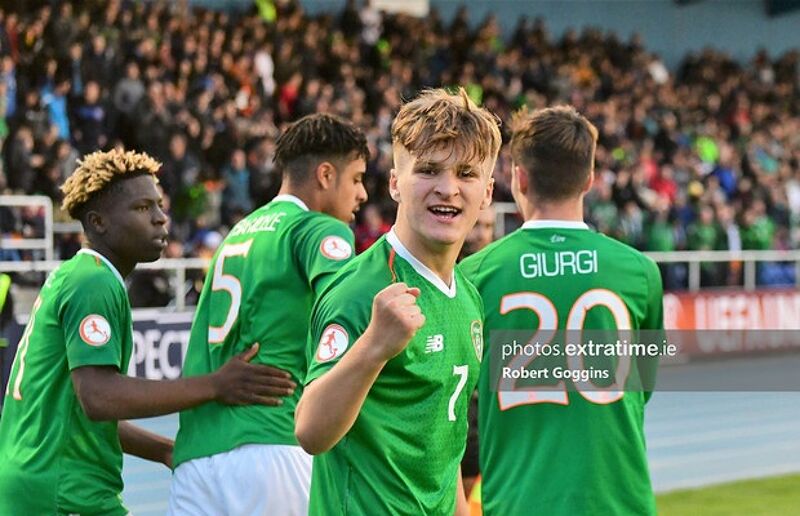 Tom Mohan’s Republic of Ireland under-19 side know that only a win will do against the Czech Republic on Sunday evening in Yerevan should they look to qualify for Wednesday's semi-final (kick-off is at 6pm).

Mohan’s young guns come into the Sunday showdown off the back of a narrow one-goal defeat to tournament favourites France last time out.

Wilson Isidor’s late header saw off a dogged Irish side who had to soak up plenty of pressure throughout much of Thursday’s encounter against the French.

However, Mohan was pleased with his side’s effort against highly talented opponents in France.

"I could not have asked much more of the players in last Thursday's game against France. We produced an excellent defensive performance for long periods of the game against a highly talented team. The effort of our players was phenomenal, and we were unlucky not to hang on for a draw.

While he was proud of his young team, the 45-year-old is focusing only on the task that lies in waiting for his side against the Czech Republic.

"Now, we are back fully focused on the Czech Republic game. We have watched them play in their qualifying games and both of their Group games.

“Our coaches & analysts have worked hard to provide us with all of the necessary information. We will have a gameplan in place and the players will be ready for this next challenge.

"We are fully aware of the potential scenarios in the Group, with Norway playing France in the other game, but we must concentrate on what we have to do against Czech Republic. There is still more to come from this team, and we want to show that on Sunday night.

"We all know what is at stake on Sunday and this group of players are determined to get a victory on the board. We will not be underestimating Czech Republic, who also have everything to play for. It should be a good game and it is one that we are looking forward to."

Similarly to the Boys in Green, the Czech Republic know that a win in their final group game over the Republic of Ireland could send them to the semi-finals of the Under-19 European Championships in Armenia.

The Czechs fell to defeat versus France on their opening by a heavy three-nil scoreline with Charles Abi and Alexis Flips scoring either side of an own-goal from David Heidenreich.

Jan Suchoparek’s side then reacted well in their second group outing against the Norwegians securing a vital point and clean sheet against Ireland’s opening day opponents.

The Czech Republic’s best showing at the under-19 European Championship’s came in 2011 where they finished as runners-up.

Ado Den Haag striker Tomas Necid is the countries top scorer at under-19 level, scoring 14 goals during a two-year spell with the underage side.

Czech Republic have won two of their previous five games, with wins over Greece and Denmark in the Elite Qualifying stage.

The group runners up, either Norway, Czech Republic or Ireland will face Portugal on Wednesday in the final four clash in Yerevan.

Ireland have faced the Czech Republic only twice before at under-19 level, losing on both occasions.

The Boys in Green qualified for the under-19 European Championships with three wins over Russia, Romania and Azerbaijan in March.

Ireland were the only team to qualify having won their six games across the Qualifying Round and Elite Round.