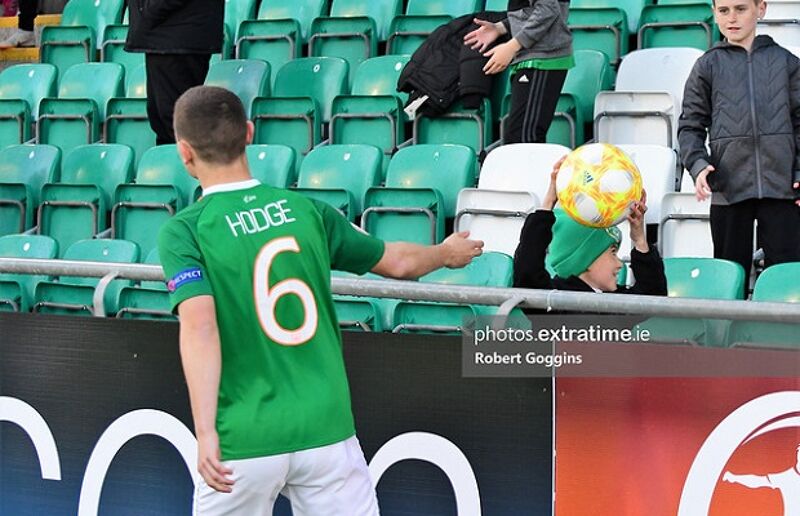 The Republic of Ireland meet Norway in their first game of the 2019 under-19 European Championships with little to separate the sides (kick-off 3.45pm Irish time).

While Ireland were the only side to win all six qualifying games, Norway took the scalps of Germany and Croatia to top a fiercely competitive group.

They will see little to fear in the form of Tom Mohan’s Ireland, who take a depleted squad to Yerevan with many of their stars of qualifying absent.

“I think we have had a good charge and have taken advantage of the first few days we have been here,” said Norway coach Gunnar Halle.

“We've got used to the heat and had some good workouts. So now we are ready for battle. Ireland is a physically good team.

“They vary between pressing high and lying low. They also vary with some direct games and build from behind, so they are a bit like us. We try to vary, too.

"I think it will be a close and smooth match, against a good team that has won all the matches in the first group stage and elite round.”

Defender Erik Sandberg added: “We are perhaps a little underdogs, so we must be honest, but we performed well earlier.

“We hit, for example, Germany in the elite round on the way here. So we can bite if we perform up to our best.”

Norway have a full-strength squad to choose from but Halle will have to sit in the stands after he was sent off in the final game of qualifying against Croatia.

REPUBLIC OF IRELAND U19

Ireland kick off their Euros campaign as favourites in Group B after topping the seedings all the way through qualification.

Tom Mohan’s preparation has been hampered by the tournament falling outside the international window, meaning clubs aren’t obliged to release players.

Troy Parrott, Michael Obafemi, Adam Idah, Luca Connell, Nathan Collins and Will Smallbone are among a large number of players not released by their clubs.

While those players will gain some experience on pre-season tours with their clubs, that will be off little consolation to Mohan.

He does, however, bring a strong squad with plenty of depth, and stars of qualifying like Jonathan Afolabi and Ali Reghba are available.

Ireland have qualified twice for the tournament since it was changed from under-18 to under-19s age group, having won the previous iteration in 1998 under Brian Kerr.

"We have momentum built up from the qualifiers,” Mohan told the association’s official website.

“The new boys who have come in have blended in really well with the squad and we want to keep that momentum going.

“[The players] did a lot especially in preparation for the extreme heat that we have experienced here in Yerevan.

"It's a fantastic opportunity for the players. There is great competition for places as the players have trained very well and their attitude has been top class.

“We don't want to leave this tournament with any regrets and we are aiming to get off to a positive start."

Aston Villa winger Tyreik Wright is the only absentee for the game having picked up a yellow card suspension in qualifying.

The Republic of Ireland won all six of their qualifying round and elite round games to reach the finals as the top-ranked side.

Ireland conceded just three goals in the entirety of the qualifying campaign and scored 18, seeing off defending under-17 champions the Netherlands on the way.

Norway had a more difficult route to the finals, finishing second in their qualifying group behind Ukraine to set up a difficult group with Germany, Hungary and Croatia.

They won two and drew one of their group games, including victories over Germany and Croatia, to surprisingly top the group.

The sides last met at under-19 level in 2017, when goals from Alexander Knut and Agouda Abdul-Basit earned Norway a 2-1 win, Steven Kinsella with Ireland’s consolation.

Republic of Ireland U19