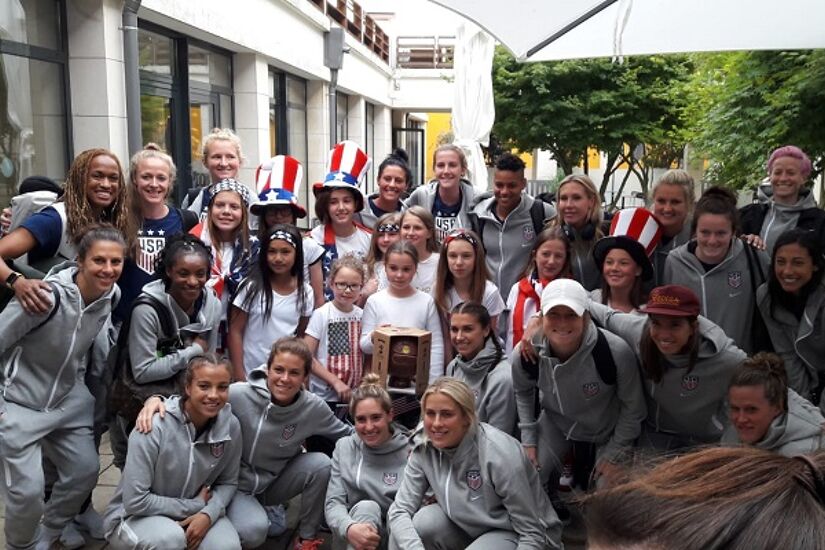 The United States cemented their position as the dominant side in women’s football as they sealed a second consecutive World Cup crown in Lyon on Sunday afternoon.

The holders were pushed all the way by the European champions the Netherlands but a Megan Rapinoe penalty and a wonderful solo effort from Rose Lavelle were enough for a 2-0 victory.

Rapinoe’s spot-kick was her sixth goal of the tournament and earned her the Golden Boot ahead of teammate Alex Morgan and England’s Ellen White.

While all three players finished on six goals for the tournament, Rapinoe had more assists than White and played fewer minutes than either having missed the semi-final victory over England with an injury.

Netherlands keeper Sari Van Veenendaal was awarded the Golden Gloves award for her performances between the sticks and it was her brilliance that kept the Dutch in the game so long.

Nevertheless, it took the States more than half an hour to finally test the Arsenal stopper as Julie Ertz got on the end of Rapinoe’s corner and forced a save with her volley.

The US clicked into gear thereafter and Van Veenendaal did brilliantly to deny Morgan’s shot low at her near post, before batting a well-struck volley from the striker past the post.

There was a huge element of fortune about the goal that finally put the US in front just past the hour mark, but the clinical Americans took full advantage.

The US players protested furiously and Frappart consulted VAR, which confirmed that van der Gragt had made the merest contact with Morgan’s shoulder.

The penalty was awarded and duly dispatched by Rapinoe, with van der Gragt going into the referee’s notebook, but there was nothing lucky about what followed eight minutes later.

As the Dutch poured forward in search of a leveller, Lavelle drove at the heart of the Dutch defence and, with van der Gragt backing off, placed her shot wonderfully inside the post.