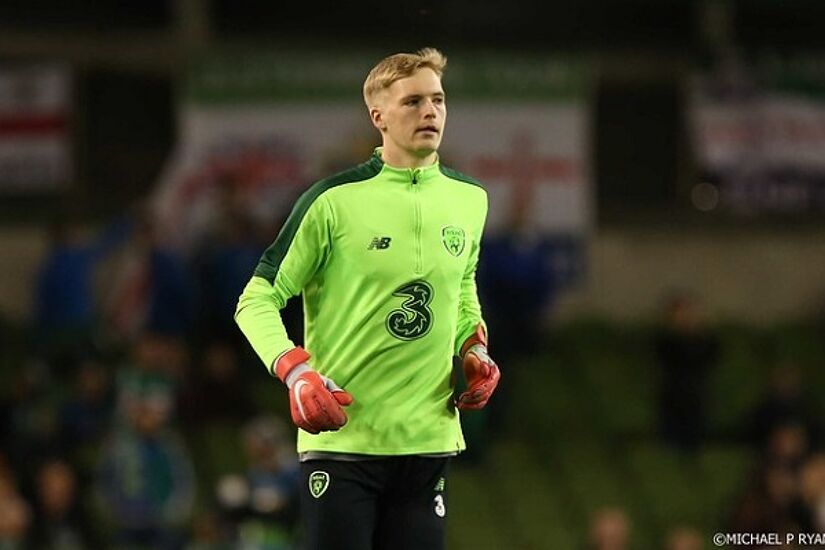 Republic of Ireland under-21 goalkeeper Caoimhin Kelleher will miss all of Liverpool’s pre-season after undergoing surgery for a broken wrist.

The Corkman had been expected to see gametime on the Reds’ pre-season tour of the United States, where they’ll face Borussia Dortmund, Sevilla and Sporting Clube de Portugal.

Brazilian number one Allison Becker will be given an extended break following the Copa America final against Peru on Sunday, while Simon Mignolet has yet to resume training.

With Mignolet possibly on the move this summer, pre-season was Kelleher’s chance to stake his claim as number two but instead Kamil Grabara and Vitezslav Jaros will be handed the opportunity.

Kelleher started four of the five games as Ireland finished fourth at the Toulon Tournament in France last month, sitting out the 3rd/4th place play-off against Mexico.

That followed a breakthrough season with Jurgen Klopp's side that concluded with his inclusion on the bench for the Champions League final win over Tottenham Hotspur.

The 20-year-old will likely be fit for the start of the league season next month, however he faces the prospect of losing ground to the similarly highly-rated Grabara.

“Caoimhin Kelleher is facing up to six weeks out of action after minor surgery,” read a statement on the club’s website.

“The goalkeeper underwent a small operation after sustaining a broken wrist.

“Kelleher is currently undergoing a rehabilitation programme with the club’s medical department, but is likely to be out of action until August.