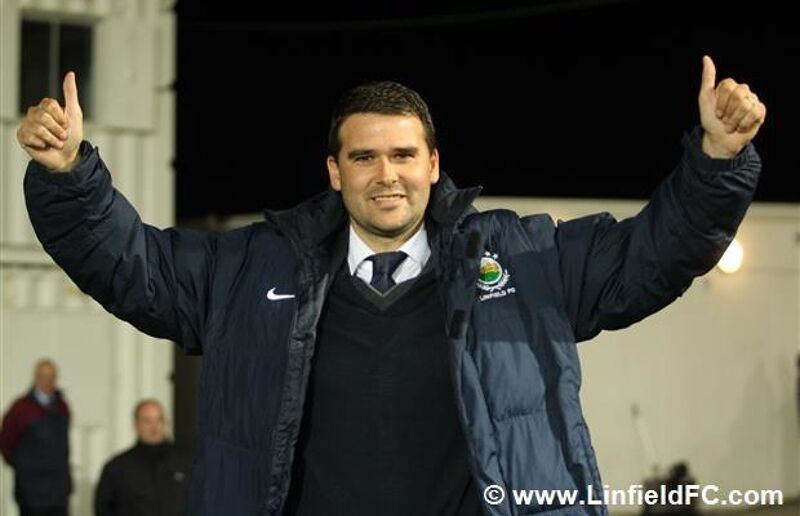 39-year-old Healy’s contract had been due to expire at the end of next season but the new extension will keep him at the Belfast club until at least the summer of 2022.

Healy was appointed in October 2015 following the resignation of Warren Feeney and has gone on to win two league titles with the Blues.

The former Manchester United trainee arrived at Windsor Park with a big reputation as his country’s all-time leading goalscorer with 35..

He had spells with Preston North End, Leeds United, Fulham, Sunderland, Rangers and Bury before retiring in 2013 and turning his hand to coaching.

“I love being manager of this football club and I love the challenges that come with it.

“I’m really looking forward to the challenge that next season will bring and it’s great to be back working in pre season with what is a really great group of players.

“I’ve got a dedicated coaching and backroom team alongside me and together, we will aim to improve and drive on the players to further successes in the coming years.

“I really want to thank the board for the support and faith that they have shown in me and I’m looking forward to continue working closely with them, the team committee, the general manager and the recently appointed recruitment and development manager Willie McKeown.

“We have good people and good structures in place to meet what are sure to be difficult challenges ahead.

“We are well aware of the improvements that other clubs have made but my staff and players will be ready for and welcome the challenge.”

Chairman Roy McGivens added: “I am delighted to announce that the club has agreed a contract extension with our manager David Healy.

“This new contract will take effect from July 1st and will run for three years until the end of 2022.”