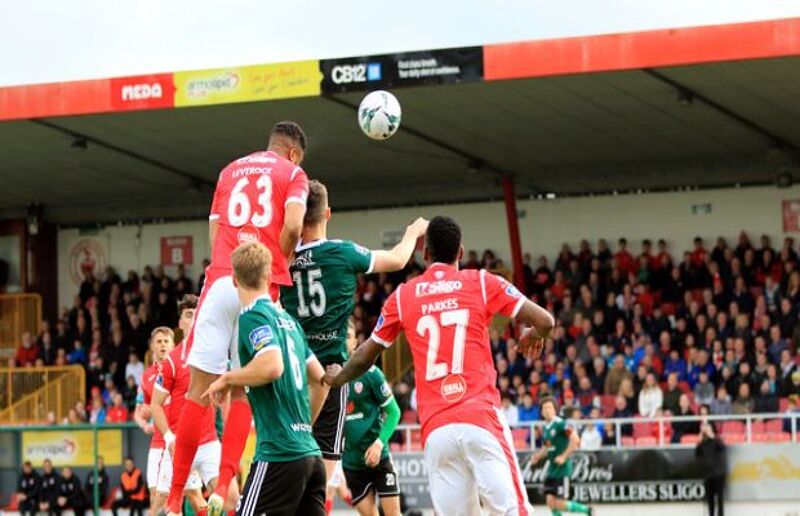 Leverock met a superb corner kick at the near post to glance his headed effort past the helpless Haitian netminder.

The goal scored in first half of injury time was not enough for the tournament debutants as they eventually succumbed to a 2-1 defeat to Haiti.

Frantzdy Pierrot’s second half brace was enough to see off the challenge of the Bermudians in the CONCACAF Gold Cup.

Leverock received his first cap for Bermuda in 2015 vs. Grenada in a friendly match, which his side won 2-0.

Since November 2015, the 27-year-old has accumulated 6 caps, scoring one goal. He has also represented his country in four FIFA World Cup qualification matches

Before joining Sligo in 2019, Leverock played for Estonian side JK Narva Trans and also added spells with teams from the lower tier of English football with Leatherhead and Staines Town.

Leverock has made 11 appearances for the Bit O’Red so far this term, scoring two goals for Liam Buckley’s side.

Bermuda qualified for the Gold Cup with four wins and one defeat in the qualifying rounds. Most notably beating Saint Maarten 12-0.

Their next match is on Friday against Costa Rica at 2:30 AM Irish time.