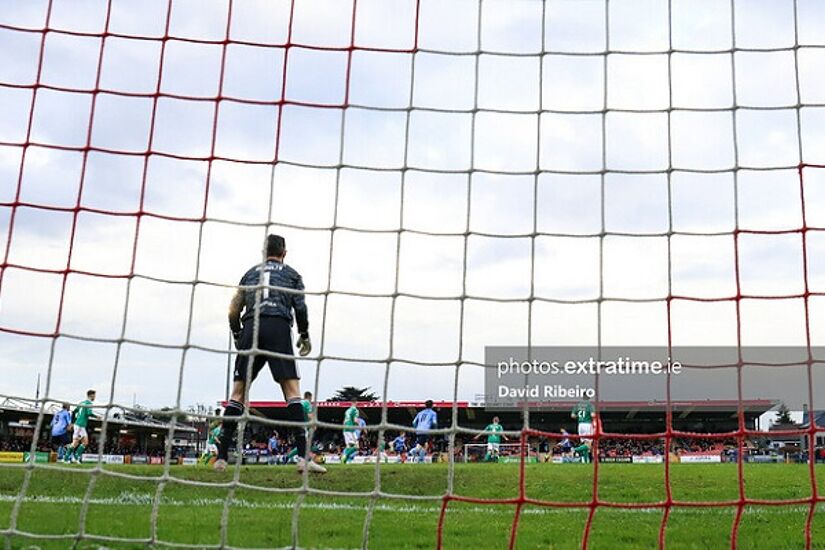 From the Archives - Robbie Hedderman: 'When the same person is always putting money in, it can end up badly'

From the Archives - In 2019 Dan Lucey chated with Robbie Hedderman about his time in Scotland, Ireland and then back to Scotland once again.

Having joined perennial SPL outfit Aberdeen as a 19-year old defender in 2001, Robbie Hedderman has come full circle, returning to Pittodrie as an employee three years ago and now enjoying his latest role as the club's Community Trust Partnership & Business Development Manager.

Leaving Leinster Senior League side Tolka Rovers for life in north-east Scotland, the young Irishman found the considerable step up a challenging one: "It was a huge change because you were going into full-time football and a massive club. Sometimes people don't realise the history of Aberdeen and the size it is. When the opportunity comes, you have to take that chance because it might not come around again. As a 19-year old, you pack your bags and have a go, but it took time to adjust to full-time training."

Unable to make the breakthrough with the Dons, Robbie returned to Ireland in 2003, spending a short stint at Cork City. 18 months were then spent on Derry City's books, which included a loan spell in the First Division with Sligo Rovers during the second campaign.

"When I started at Derry, we ended up staying up via the play-offs against Finn Harps. Come pre-season, I signed a new contract, but didn't seem to be moving forward. I was told then that they needed to cut the wage bill and to go on loan to Sligo. It was a challenge because they were going for promotion and bringing a few players in on loan. Don O'Riordan was the manager, but it didn't quite work out. Don resigned and then at my parent club, Gavin Dykes was sacked. I returned to Derry and Stephen Kenny came in. I had a chat with Stephen and there wasn't much happening … I was being frozen out. I was made to travel up to Derry for reserve games, which I happily did. I hit form and Stephen was thinking about bringing me back into the first team. He asked what I wanted, as Derry were going full-time the next year and was I willing to go full-time too. I was looking to get back to Dublin and Dermot Keely had been in touch to go to Dublin City. I had a job in financial services and felt that was a better route for me."

Instrumental in Dublin City's successful 2005 promotion bid, Hedderman was amongst a devastated Viking's squad the subsequent July, upon learning of the club's demise due to financial difficulties: "We had a great group in their twenties, who were either just back from England or from America on scholarships. We were hungry and got promoted in the first year. The second season, we were in the top six and went into the summer break. When we came back, there were a few whispers and worries. We went to a hotel in Drumcondra and the chairman came in. As players, we had to go and find new clubs. When the same person is always putting money in, it can end up badly."

On linking up with Waterford United for the remainder of 2006, the Dubliner experienced relegation, only for the Blues to be reinstated in February the next year and disappoint again: "When the squad was put together, it was  built for coming back up, but never strong enough to compete in the Premier Division. They would have been better off playing in the First Division. There was no time to bring in experienced players or increase the budget. Gareth Cronin was also a manager in his first job, so was finding his way as well."

Reuniting with his former Dublin City boss Dermot Keely, at Shelbourne in 2008, Robbie and the Tolka Park outfit finished First Division runners-up in successive years, missing out on promotion on both occasions: "The first season, we were competing with Dundalk all season and I still think we were the best side in the division. Against them, we didn't put the game to bed at home and they got a goal out of nothing. Going into the dressing room afterwards, it was silent. We didn't know what to say to each other because we lost the league. The following season, we fell short again … Sporting Fingal knocked us out of the play-offs. It was disappointing because you wanted Shelbourne in the top division."

Bowing out of the League of Ireland in 2009, Hedderman went on to become LSL side Malahide United's player/manager, before leading AUL outfit Ayrfield United and then taking over the Garda team (also in the LSL). However, despite success at the aforementioned clubs, he reached a ceiling from a domestic managerial viewpoint.

"It's a challenge to progress as a young coach. You're looking at getting your pro-licence and then an opportunity in the game. The next step was League of Ireland, but waiting for a chance and what were the long-term prospects for myself in football. Even in the League of Ireland, if you're successful and have ambitions to go to the UK or elsewhere, does it carry the weight required? Maybe it doesn't, so going a different route is what some people look at."

Presently back at Aberdeen, Robbie concludes by explaining his various roles since returning: "I done my coaching badges in Scotland and was at the stage where I made an investment in myself. An opening came up at Aberdeen - initially, as Senior Scottish FA Community Coach. I came up with the family, applied and was successful. It's fast-paced and I'm currently the club's Community Trust Partnership & Business Development Manager. That's off the back of the club getting involved with schools and trying to get more kids into football at school. It's part of a list in which the club has invested heavily in the community. I'm also involved in the youth academy and our U-16s had a great year, last year, winning the Scottish Cup … The first time in 17 years."

Enjoyed catching up with @DanLucey5 to talk about my LOI experience.....how time flies, important to enjoy the good times (and challenging ones) as it's over before you know it!! https://t.co/N7LTSs8YOF