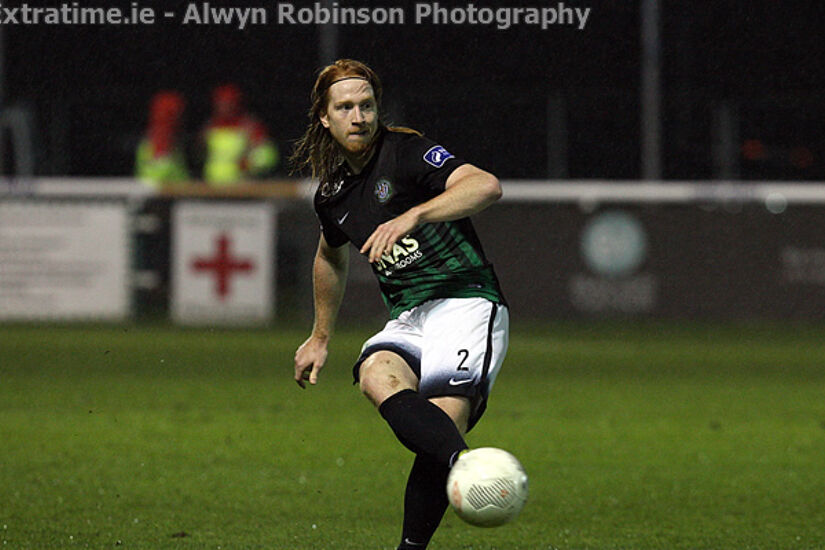 A Hugh Douglas brace secured all three points for Bray Wanderers on Monday night when they welcomed Galway United to the Carlisle Grounds.

The game began at a frantic pace when, in just the fourth minute, Galway could have broken the deadlock through Mark Hannon.

Vinny Faherty played in a low ball to Conor Melody, who played it onto Hannon only for his shot from inside the area to sail over the bar.

Three minutes later, Bray’s Dean O’Halloran had a chance of his own as a ball over the top from Richie Purdy sent him away but O’Halloran rushed his effort and fired wide.

Galway’s attention turned to referee Alan Clarke in the next turn of events as a Bray defender looked to handle the ball as Faherty let a shot off but it wasn’t given, much to the frustration of Galway boss Alan Murphy.

Shane Doherty looked to be in to score the first goal of the game for the Tribesmen as he turned away from Killian Cantwell after an intelligent long throw in from Marc Ludden but Doherty striked his shot into the side netting.

It was only going to get worse for Bray as Galway netted in the 21st minute through danger man Doherty.

He was played in with a perfectly weighted through ball and dashed away from Cantwell before finishing low and hard into the bottom left corner.

Bray meanwhile were struggling to muster up anything of note that might be of trouble to Galway shotstopper Kevin Horgan.

Bray came out from the half time break more invigorated, managing to hold the ball up well in the early stages but they could of found themselves in even worse trouble soon after as Galway captain Stephen Walsh whipped in a cross from the left side but Faherty’s headed effort went inches wide.

The Seagulls were flying high just before the hour mark as Paul Keegan was fouled from a throw in which resulted in Bray winning a free kick. Dylan Barnett then floated in a high ball but it looked like Horgan would gather it.

He came but failed to deal with it and it was nodded home by Douglas.

The final few minutes saw Bray up the ante as McGlade nearly equalised from an ambitious counter attack but the ex-Longford Town man skied his effort high over the crossbar.

Bray did find a winning goal four minutes before the end. Douglas again got on the score sheet as substitute Jake Ellis turned his defender in some magical play and chipped a ball into Douglas who flung himself at the ball to head home from three yards.

Gareth joined Extratime.ie in September 2018 and he is a passionate Bray Wanderers fan travelling to home and away games, he also supports Everton. One of his passions is also giving his time to run … View Full Profile