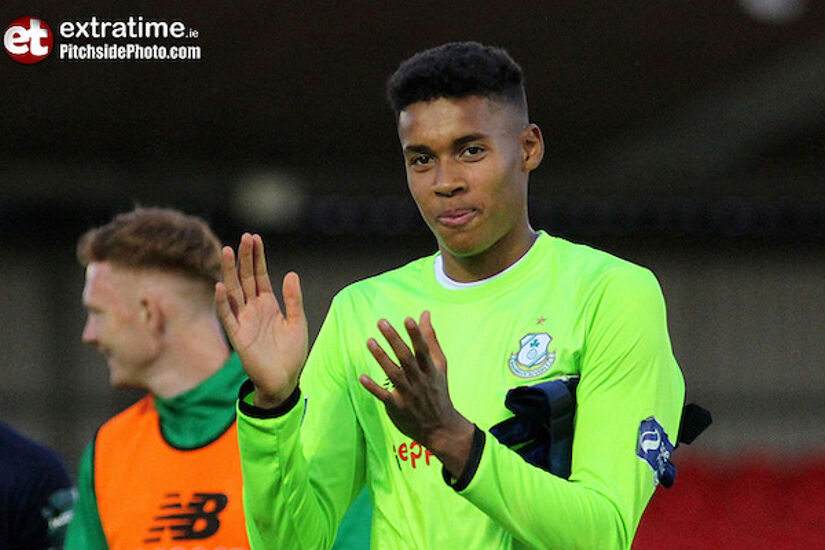 From the Archives - Bazunu to Man City - A transfer that could change Irish football?

From the Archives - A 2019 piece in which we look at the potential impact of the 500K transfer of Gavin Bazunu to English powerhouse Manchester City on the rest of the LOI transfer market.

The 2019 League of Ireland season kicked off last Friday after an off-season that seemed to last an age.

High profile new arrivals into the league include Jack Byrne at Shamrock Rovers. Byrne was previously on the Manchester City books and comes into the league with a lot of hype and was impressive on debut in Rovers’ late win in Waterford on Friday.

However it is another story involving Shamrock Rovers and Manchester City that has somewhat gone unnoticed and yet may prove to be very significant in time.

In October, Shamrock Rovers announced that their 16-year-old goalkeeper Gavin Bazunu was involved in “the biggest transfer by an Irish club in the professional era”. Bazunu, who began to play with the Hoops as a six-year-old, joined Pep Guardiola’s Manchester City for a fee believed to be €500,000.

The aim was for Bazunu to stay with Rovers till June after he completes his Leaving Cert but earlier this month Rovers confirmed that Bazunu has moved permanently to City and he made his debut for City’s under-18 team last week.

Over the last 15 years there has been an increase in the number of players leaving the League of Ireland for clubs in the UK, some for a fee but often not because of one year contracts.

Unlike other transfers this one could prove to be a watershed moment in Irish football. Bazunu, while highly rated is only a 16-year-old and played just four first team matches in the league. He is the first graduate to progress from Shamrock Rovers’ recently established academy into the first team and then be sold for a fee.

Bazunu’s teammate Aaron Bolger, another product of Rovers’ academy, recently joined Cardiff City on loan and while not available for the club’s Premier League squad, he has begun playing with City’s under-23 side.

In reality it’s not that uncommon for big clubs such as Manchester City to spend that type of money on promising academy players but up until now League of Ireland clubs have not been getting much of this action.

The regular pathway for young Irish teenagers was to play for one of the top schoolboy clubs, get noticed, sign for a club in the UK at 16 and move over. It’s how Irish greats such as Robbie Keane, Damien Duff and even as far back as John Giles and Liam Brady developed.

Current internationals Robbie Brady and Jeff Hendrick played for the same schoolboy team in St. Kevins Boys in Dublin. So what’s the problem then?

While it’s true that schoolboy clubs around the country do amazing work coaching young players, for the most part on voluntary terms, there is a distinct lack of structure in the system as a whole. The absence of a League of Ireland academy system until very recently has stunted our improvement on a macro level.

On the pitch the lack of a clear pathway from 16 upwards no doubt has affected previous generation’s progression but the problems run deeper than that again. The underage leagues set up by the FAI from under-19 down to under-13 are part of a new structure to help develop that player pathway.

For far too long our most prized assets have left for below their market value. There are UEFA rules in place with regards to compensation for clubs.

If a club has a player from U12s through to U16s they are entitled to €80,000 in compensation for that player and the same amount is split evenly if the player has played for more than one club in that time.

As a law it sounds very reasonable, however proper implementation of it proves difficult. There are numerous stories over the years of British clubs not being too keen on paying compensation, putting pressure on the Irish club to accept a lower offer or sometimes nothing at all.

Ten years ago Gavin Bazunu would have likely left for, at best, the compensation that he was legally worth. Now because of the introduction of academies linked to League of Ireland clubs, exceptional talents are able to play professional first team football, be under contract, or at least have the potential for one.

Last season when Rovers had issues with both first team goalkeepers struggling for form, Head Coach Stephen Bradley opted to give Bazunu his debut. His run in goal coincided with an upturn in Rovers’ form.

Although he only made six appearances, he managed to keep four clean sheets in the league along with a brilliant penalty save away to then champions Cork City. The only goals he conceded came in two good performances in the Europa League where AIK knocked Rovers out after extra-time.

Rovers were able to sign the player on a professional contract as a 16-year-old and having given the player a bigger platform to perform on compared with underage football, the Hoops were able to command a larger fee – money that can now be re-invested in the club.

To put the fee into context Shamrock Rovers also sold their star 25-year-old player Graham Burke, who earned two Ireland internationals caps while playing in the League of Ireland, to Preston North End for a reported fee of €350,000.

Old traditions do tend to die hard and for this writer who is someone that was fortunate enough to play for a good schoolboy club in Dublin and who had team mates sign professional terms with clubs across the water, it would be easy to have a rose tinted view on it but for too long it has hampered football in this country.

It is worth noting that Bazunu is an exceptional talent and he may have ended up at a top club either way but now Shamrock Rovers can be properly compensated and the money can be reinvested in the future of the club.

It’s a cynical and business-like to view young players as assets like this but it is a necessary evil.

This won’t be the most talked about story in League of Ireland or Irish football circles but it's not hyperbolic to say it is one of the most important. It shows people in Ireland the blueprint of successful player development.

With Declan Rice declaring for England last week, it highlights the risk in not developing players in-house. There is a long way to go to be up to speed with the rest of Europe but this is a significant start. It may well be the transfer that changes the structure of Irish football.