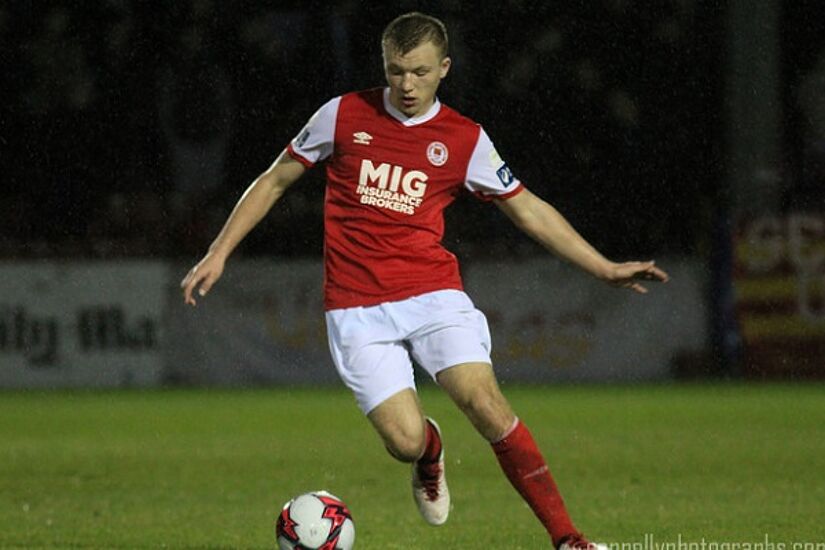 Jamie Lennon re-signs with the Saints

Lennon spoke of his content at getting the deal done quickly shortly after the announcement.

“It’s good to be back for 2019. Some of the older lads have been telling me this time of the year can be a bit stressful because some players don’t know if they’re being kept on or whether to find another club, so delighted to be kept on and looking forward to a new chapter for this club.”

While Lennon played 38 times for Pat’s in 2018, he admits he didn’t expect so much game time but is delighted with the experience he gained from those minutes.

“I wasn’t expecting to get as much game time as I did last year.  It just shows the amount of trust Liam (Buckley) and Ger (O’Brien) had for me throughout the hole season and I’m grateful for that.  Hopefully I can keep on improving, pushing on now next season.

“I feel like I gained a lot of experience last year.  I didn’t know what to expect coming into pre-season.  This time I know how to deal with it and now I know that I have to be in great shape coming back in the new year but I’m sure all the lads and myself are raging to get back.  It’s a bit boring at this time of the year.”

The 20-year-old is hopeful that the Saints can push and develop a cut throat winning mentality, something he’s got used to having made the step up from under 19s football.

“There’s a lot to be optimistic about this season.  We want to go and try win every game we can.  That’s the difference between her and the under 19 level, that’s more about just developing and getting used to your shape and getting used to your position, but once you step up to senior level it’s all about winning at all costs no matter how good or bad you play.”

Josh Dolan is one of our Dublin based reporters, who also helps out with Extratime.ie’s administration tasks.

Josh, who was recommended to us by fellow reporters, joined the site as a teenager … View Full Profile