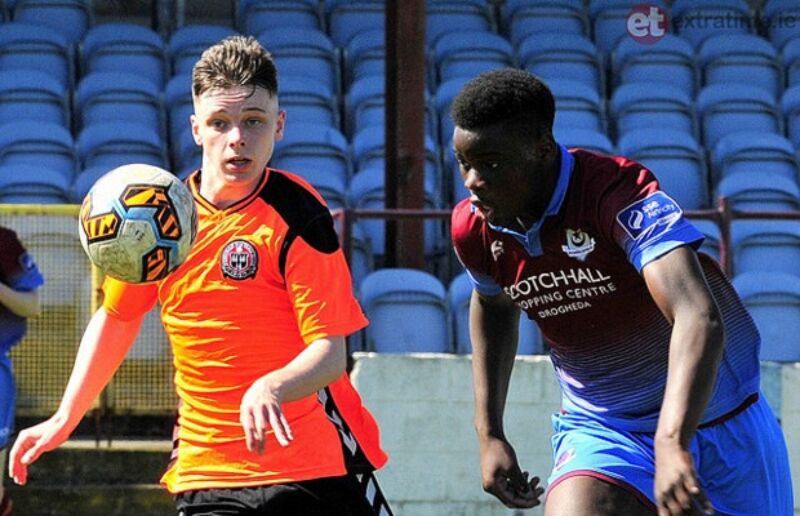 Jimmy Mowlds is a man who wears many hats: by day, for the past decade, he is an FAI Regional Development Officer for Darndale and Kilbarrack, while evenings and weekends are consumed with the coaching and management of Bohemians under-17s.

Add into the mix that two nights a week, for the past year, he has been attending the NCI while undertaking a psychology degree and playing an important role in the North Dublin Schoolboys League selections, and you get an idea of how big a part soccer plays in his life.

Mowlds is up front about the responsibility on League of Ireland clubs to provide that little bit more for young footballers who are currently plying their trade in the league.

Speaking to extratime.ie, the Mark Farren Cup-winning boss outlined the importance of education to players and how clubs who provide scholarship opportunities can reap the benefits as well as the players themselves.

“The wages are not massive in the league and the clubs have to try something different to encourage players,” he said.

“A four year degree scholarship is similar to a four year contract as it’s much easier to stay with a club which is looking after a player.

“At Bohs we talk to players about their plans for the future and how we can work together to achieve them.”

This is clearly an approach which is reaping dividends for the Phibsborough outfit as, in addition to the aforementioned Mark Farren Cup wins, the conveyor belt to the senior team continues to produce quality prospects.

The night before our interview, Bohemians played Dundalk in the Leinster Senior Cup with six of Mowlds' recent protégés part of the Gypsies panel and two – goalkeeper Seán Bohan and defender Mitch Byrne – facing Dundalk 11 months to the day that they lined up against their under-17 side in the Mark Farren Cup at Oriel Park.

Recently, four of his former players – most notably Brighton's Warren O’Hora – have left these shores and, while Mowlds acknowledges that they are presented with contracts which are difficult to turn down, the ultimate aim of his coaching is to provide players for the first team.

“There’s no point in developing them for someone else,” he quipped.

Having recently finished his first year of a psychology degree, where he is currently still nervously awaiting results, Mowlds is living proof that education is about life long learning and not just confined to the classroom.

After leaving school at 15 to 'get a job,' Mowlds parked both his education and soccer career until he hit 22 years of age, when he began to kick a ball again.

Some decades later, education is playing a major role in his life. In his own words: “the more I learn, the more I wanted to learn.”

Having completed his Certificate in Football Management (CFM) through the University of Lausanne, alongside fellow FAI employees including Schools Coordinator Mark Scanlon, and then working on his UEFA ‘A’ Youth League Licence Mowlds was inspired to further continue his education by enrolling in a psychology degree with the NCI.

Of his CFM experience (a qualification with similar aspirations to those outlined by Kyle Ferguson in a previous article), Mowlds recalled how he had to present the findings of his 22,000 word submission (“I don’t think I’d ever read 22,000 words before, let alone presented them”) before being subjected to series of questions from the examiners who had previously spent a week poring over the details of the document.

Yet, he admits to really enjoying the experience and intends to use his prospective psychology degree “to help young players.”

“My heart and soul is in underage football. We’re developing people – we can only guarantee that they’ll grow up to be adults.

“If we can give young players as many tools to equip them for that, well that’s the aim.”

Mowlds’ influence doesn’t stop at players though, as he has previously sought the help of college students from institutions like IT Carlow and Blanchardstown IT for his NDSL teams at tournaments such as the Kennedy Cup to provide services such as video analysis and strength and conditioning programmes.

It was a win-win situation for both parties as the young players benefitted from a professional type setup while the students gained real life experience both for their CVs and dissertations.

Indeed, it’s a model which is still currently in use in many third level institutions throughout the country at the moment (Micheál Schlingermann’s interview has more on IT Carlow’s output here).

Mowlds is an experienced voice at youth level football and has worked closely with many of the national coaches at underage level including Mick Neville and Tom Mohan at under-19s and Greg Yelverton, who manages the Irish Colleges and Universities Team, while also remaining in every day communication with Bohemians manager Keith Long.

His belief is: “it’s more than a job when you’re involved in youth football” and is of the opinion that “if you’re happy doing what you’re doing, you’re doing the right thing.”

Solid advice that transcends both football and education, from a man who has experienced success in both fields.