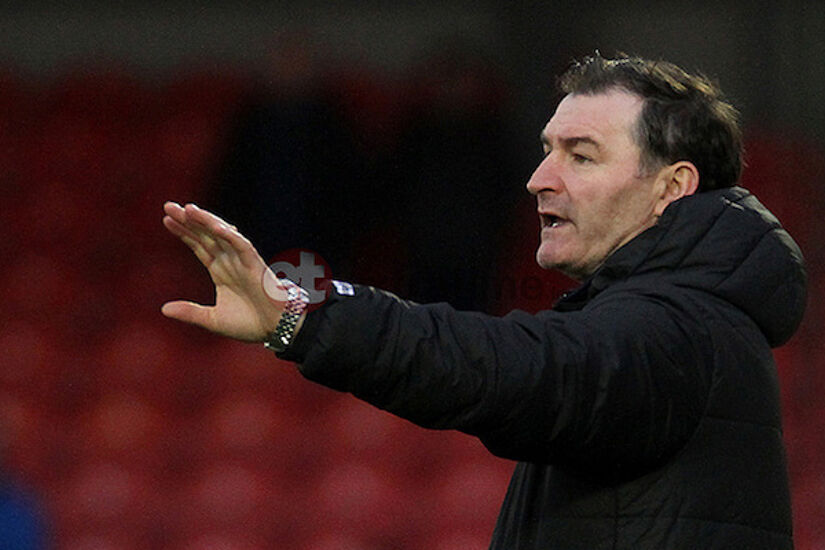 Aaron Callaghan has resigned as the manager of Athlone Town after just five months in charge at the Airtricity League First Division club.

The Midlanders are currently bottom of the league after nine games and are yet to record a win. They have lost eight of those games and have just one solitary point on the board from a possible twenty seven with a goal difference of minus 33.

Callaghan said Monday’s Leinster Senior Cup defeat to Shelbourne was the “the final straw” as the team had to go into the game with no physio and also no warm up gear.

In a statement to Off the Ball earlier today he said that "Changing a football club's culture is one of the most difficult challenges a manager incurs that's because the club structure comprises of an interlocking set of goals, roles, processes, values, communications, practices, attitudes and behaviours.

"To raise the bar in any industry you need to set professional standards and evolve with the competition.

"Somehow this message never landed. The players and staff have my utmost respect and I wish them every success."

Athlone Town confirmed with regret that Callaghan had stepped down and in a statement noted that “the board has reluctantly accepted Aaron's decision to resign.”

“Following his return to the club as manager in December, Aaron worked tirelessly to make the first team competitive in the First Division. Unfortunately, things didn't work out as everyone had hoped.”

Terry Butler, who is part of the club's current coaching staff since the start of the this season, will take over as the club's first team manager.

EXCLUSIVE: @AthloneTownAFC manager Aaron Callaghan @CallyAaron has told @JamieMooreSport that he's resigned with Monday proving to be the "last straw" for him

Brendan Graham has had a few stints with Extratime.ie and is back writing with them since November 2017.Brendan is a fan of Bohemian F.C and has been to most of the League of Ireland grounds … View Full Profile