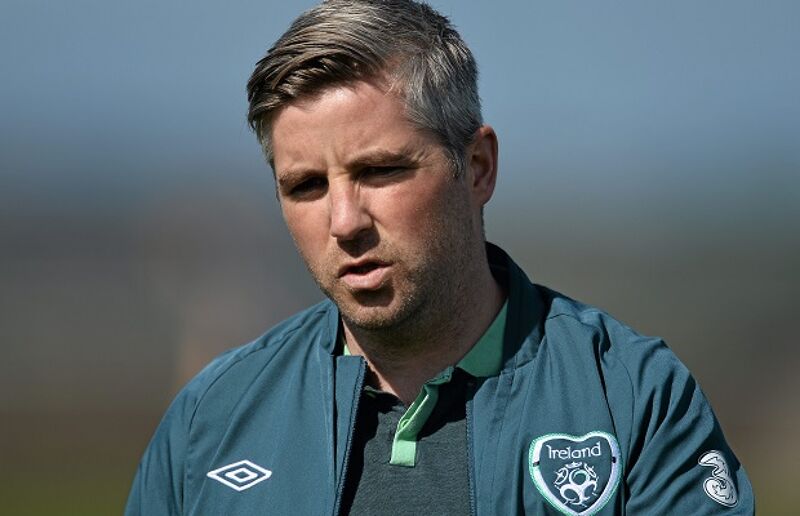 Having previously spoken to both Fintan Sheridan and Ian Ryan of Leinster Schoolboys as well as Connacht’s Alan Murphy about the benefits of the annual interprovincial tournament which was held at the AUL Complex earlier this school year, it felt logical to interview someone on the next step of the player pathway.

Cork-based Greg Yelverton is the coach of the Irish Colleges and Universities side who competed at the World University Games held in Chinese Taipei in the summer of 2017 and recently renewed his contract to the end of 2019.

Speaking to extratime.ie following his side’s recent friendly victory over their Scottish counterparts, he outlined his views on the standard of football, the importance of tournament football and his hopes for the future.

The Irish Colleges and Universities team has grown out of a partnership between the IUFU (Irish Universities Football Union) and CFAI (Colleges Football Association of Ireland).I

For the past three seasons, this has been further supported by the FAI and players now receive international caps in recognition of their achievements at this level and an international player of the year award is offered at the FAI International Awards ceremony.

The reigning Player of the Year is Cork City defender Seán McLoughlin while the previous winner was Paul Rooney who is now on the books of Millwall.

Eight of the current panel travelled with Yelverton last summer while 17 of the 20 have League of Ireland experience including three UCD scholars: Daire O’Connor, Liam Scales and Jason McClelland, who have all played in the UEFA Youth League.

“I’ve been speaking to Ruud Dokter (FAI Technical Director) and Mark Scanlon ( FAI National Co Ordinator for Schools and Third Level Football) about this [the standard of player[,” he says.

“Obviously the demographic is that players we’re dealing with are mostly all at League of Ireland clubs and that’s the way football’s going in Ireland.

“Soccer players are getting an education and going into third level. It seems like there’s a lot more players (than ever) involved in that and Seán McLoughlin is a prime example of that.

“He played with UCC for two seasons and then moved on to Cork City. He got Player of the Year with us and is now looking to have a good career with Cork City.

“We’re lucky to have the FAI but we’re looking to push it on a bit more – that’s my own personal feelings.

“I think Third Level football is a great stopgap between under-19s and the first team football in the League of Ireland and I think something really good could be done here.

“You’ve got to look at the player welfare and the holistic view of each player – getting a third level education and playing professional football for three or four years and then having the degree to fall back on if it doesn’t work out.

“Look at the pathway here in Ireland – the pathway is now set up for players to stay at home and develop with LOI clubs.

“You must then look at the number of players who will go on to make a good living in full time football in UK or abroad. It’s very small. That’s the reality. We all know this.

“In Ireland players can play at a very good level here because we have very talented players, I really believe that, but the players just can’t depend on making a long term careers here to support themselves or family.

“We have very few full time professional teams, so you are talking about a very small amount of players who can play full time.

“In my opinion, third level education and football here in Ireland should merge together and look to give players a better opportunity in Football and in life especially after football (a career).

“We are unique to other countries in that our population is small and we have a very good sporting heritage in other team sports GAA, tugby.

“We can’t look at copying other country’s models of player welfare and development. For example, in England they are a million miles ahead of us with the amount of full time professional clubs and infrastructure they have established.

“We have an opportunity now as more young players are attending third level to develop what we have here.

“Let’s look at what we have – very good third level institutes with fantastic facilities and expertise along we great young players.

“The holistic approach to player development is key and having been involved in UCC for the last 9 years I can see how it would work with many strategically placed institutions around Ireland.’

“There is a great pathway now for third level players to represent their country.

“The World University Games is a fantastic experience for any player – you’re playing against different countries, different cultures and different styles (of football).

“It’s a great experience for any 18 to 23 or 24 year old and you’re only going to be a better player by being a part of that.

“It’s great that you get to play against these different styles and that can only develop you as a player.”

On whether the coach thought that senior international caps would be in the offing for players selected in the Irish Universities and Colleges side, he was very positive in his outlook.

“You look at the players selected there today (v Scotland) many of them have underage international caps and I’m hoping one or two can make it into the Under 21s squad and that will be another pathway for them to develop. It’s a huge honour always to represent your country at any level.

“A lot of the squad I have are First Division players and the UCD model is fantastic. They’re young players who are playing a great brand of football week in week out and great credit must go to their coaches Collie O’Neill and Dermot McNally.

“The set up is one which could be mirrored by other third level institutions across the country because it’s a way of developing players.

“If you look at the last ten years a lot of the players currently in the league at Dundalk, Cork, Derry and all the other big teams they’ve came through the UCD system.

“The reason I say third level institutions are the way to go is because they’ve got an infrastructure – they’ve got strength and conditioning coaches, they’ve got the expertise, they’ve usually got training grounds and their own pitches.

“They’ve also got scholarships to entice people in, so there isn’t a big wage expense there, and even with the Women’s National League there’s a great chance to work with third level institutions and bring them into the League of Ireland.

“That way it’s more sustainable over the long term and obviously the players, after they get their degrees, can move onto professional football in Ireland for five or six years plus with a degree in their back pocket.”