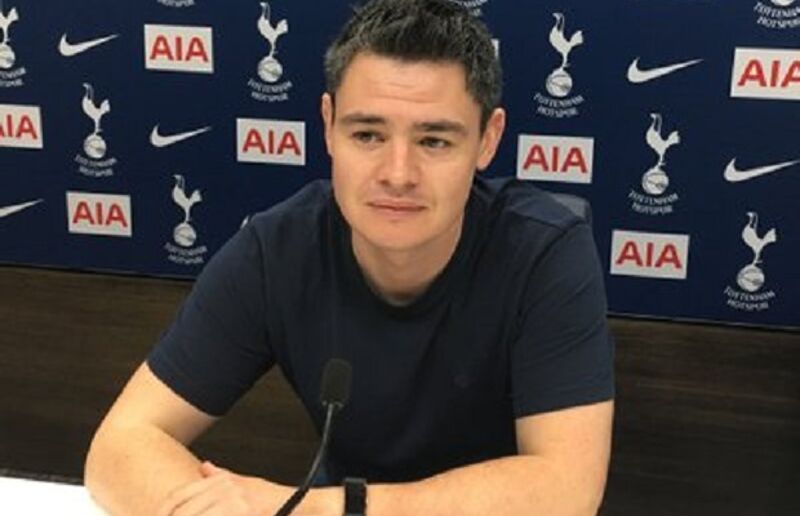 After spending so much time focusing on the importance of continuing with education alongside a footballing career, I decided to seek the opinion of one of the most well known and respected Irish soccer journalists for his views.

Miguel Delaney has enjoyed a meteoric rise to his current London-based position as Chief Football Correspondent at the Independent. His own education began with a degree in Journalism at DIT, progressing to a Masters in Politics at UCD while he worked at The Tribune and he is an advocate of developing skills ‘in the field’ as well as in the classroom.

He has encountered footballers throughout Europe and beyond so is in a good position to judge the effects of education on modern professional soccer players as well as give advice to any aspiring journalists.


Tom O’Connor: How has your own education shaped your career path so far?

Miguel Delaney: Quite directly! I did the journalism degree in DIT and aside from going into that area and I think being very helpful in making you "think like a journalist" – although I wouldn't think a journalism degree is essential by any means – I go my first break out of it. Our class was on an open day to the Sunday Tribune in March 2004. Myself and a mate went up to the sports ed asking for some experience, and I got subbing shifts out of it. I was subbing in there two to three times a week while doing a Masters in politics in UCD and then became part of the furniture, started writing, working...

TO’C: What route to journalism would you recommend an aspiring journalist to take, again possibly based on your own journey?

MD: I don't think a degree is essential and a large part of me would have preferred to reverse my education in the sense I would have wanted to do a degree in English or history, and then just a masters in journalism as a masters is enough for the practical/theoretical side, and I think I would have now preferred a more read education in that sense. The key, really, is getting experience on top of that. I started off sub-editing and it was the best possible way to learn what an office requires of a journalist, as well as some of the minutiae of writing. Although actually going out and match reporting, and meeting people is invaluable. Becoming a 'stringer' - someone who covers games on a freelance basis for media - is also one of the best ways in. I didn't have to start doing it due to the Tribune but, once the paper went bust, I immediately got on that beat and offering to cover any LOI games for all the nationals.

TOC: Do you think the revised English Academy system (post EPPP) is placing a greater emphasis on the holistic education of the pupil?

MD: Yes, there does seem to be a realisation of this in England. A lot of clubs also now have link-ups with educational facilities, something Watford actually led the way in.

TO’C: What benefits, in your view, are there to players having completed third level education?

MD: Beyond just rounding you as a person, deepening your mindset and all the rest of it, it probably creates less necessity/pressure. They can realise that just making it as a pro isn't the be-all and end-all. There is something to fall back on. And, for the cases of the majority I would say that is actually probably more beneficial to becoming a pro.

TO’C: Looking at players from previous generations, some have found the transition from being a professional soccer player to a member of the general public challenging. How do you think the current generation, with a greater understanding of the importance of education for a career outside the game, will cope?

MD: Funnily, I was just having this conversation with a retired pro the other day, who said the biggest thing was still adjusting to the daily routine. He had absolutely everything done for him at his club but just as important was filling his days with something. His club have actually offered him work out of it. It is still a big thing because the life is so different. This is probably something consistent through football's history, though. Some players have always had an inherent interest in what's next, and some just haven't.

TO’C: As a journalist, are there many instances where you have encountered a player who was open about their career after football? Were they as a result of any education they had undertaken?

MD: I have actually found that one of the best times to interview people is about six months after they've retired. It's as if they suddenly realise they can talk freely, whereas before they might have been conscious of restrictions! This tends to be universal too.

TO’C: Vincent Kompany recently completed a master's degree and spoke glowingly about the process. Do you think this is a route many other footballers could benefit from?

MD: As said above, some are just inherently interested but, yes, absolutely, not least because it will give them some skills/expertise/nous required for some of the non-playing jobs even connected to football.

TO’C: Recent documentaries have highlighted the difficulties in becoming a professional footballer. Therefore the importance of continuing with an appropriate education choice when in an Academy to prepare for life in general employment has to be made clear to parents and pupils. What's your view?

MD: Yeah, absolutely. I mean it seems such an obvious thing, really, especially given the low percentage of those who make it. I suppose the real challenge and maybe core issue here is persuading teenagers of the importance at a time when they are giddy/invested in the idea of becoming a player.

TO’C: Despite the reality that the wages below the Championship will most likely not be enough for footballers to retire on, do you feel many players are preparing for a life outside of soccer?

MD: In my experience, many do start to think about it in their late 20s, but obviously not all. A good mate of mine was a classic lower league player in the UK, journeying around many clubs, and it took him a while to adjust but he had already done a PFA course when finishing playing, and there are a lot of similar thinking players.

TOC: For many players outside of England and the top leagues in Germany, Spain and France, a career outside of soccer will need to be their reality after retirement. Do you notice any difference in attitude towards education from players who have joined top flight clubs in England and those who have came through English clubs/academies?

MD: I've found that the cliché is true and that foreign players who come to England do in general seem more rounded - Mata's common goal a classic example - and those who have had to fight their way to the top from lower often have a greater depth of self-awareness, something properly required to maximise their ability since they didn't go straight in on it.

TO’C: What do you feel are the most important traits of a successful journalist? Do you feel that you had these before you embarked upon the Journalism degree in DIT or were they honed by your education?

MD: Eh... I'm not sure, haha. To a certain degree, "writing" is almost like football ability and while it can be honed and developed and worked on, you either have it to a certain level or you don't. But of course writing is only one side of journalism. Gathering facts to report is another, and requires another set of traits entirely, often a bullishness or tenacity that doesn't quite go hand in hand with the thoughtfulness required for writing! By the same token, some just have a knack for making and developing contacts. Then there's the instinct for stories.

TO’C: You then graduated with a Masters in Politics from UCD, a college which prides itself on developing a dual career for its students- especially those on sports scholarships. Did you ever watch the team play at Belfield and think that 10 years later you would be watching Ronan Finn, Andy Boyle and Ciarán Kilduff in the Europa League group stages as a Chief Football Writer at a well established national newspaper?

MD: I was already in the Tribune then so it was very much my ambition! Ambition and reality often very different, though! Haha. I did cover one or two Belfield games around that time alright but, yeah, it's a mad one! And a privilege, have to say!