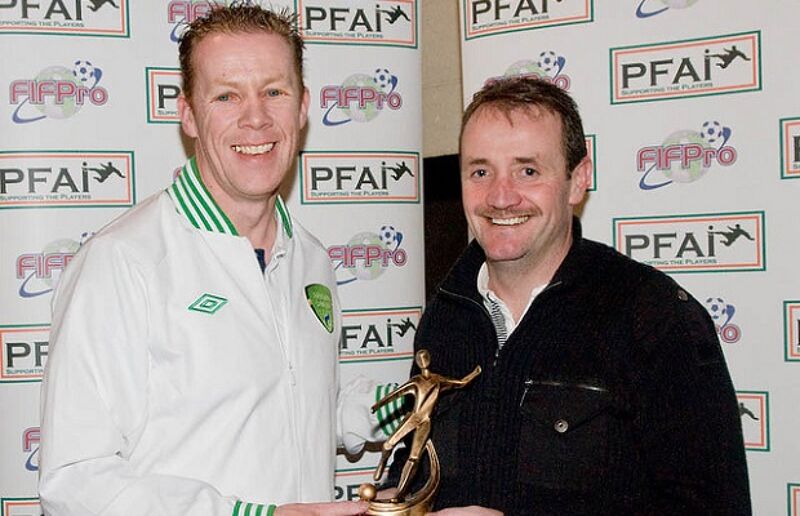 PFAI General Secretary Stephen McGuinness outlined the education options available through the association to current professionals in the League of Ireland while also discussing the various ways they support players prepare for a life outside of football in conversation with extratime.ie.

Since 2015, during the off season, players may upskill their education by completing an ITEC Certificate in Fitness Instruction (QQI Level 4) with Waverley College, thus allowing them to either use the skills gained in employment or the potential to continue their studies further.

Also launched in 2015 was a five month part time Certificate in Dual Career Development (Sport) which is offered by Griffith College and endorsed by the PFAI.

The course, attended by rising boxing superstar Michael Conlan, is designed to help high performance athletes deal with their career needs through two modules, namely personal management and communication and IT skills. The course design was assisted by the Irish Institute for Sport and assessment takes the form of assignments.

Players who have completed their Leaving Certificate with two Higher Level subjects can enrol on an online sports management course offered by UCN based in Aalborg, Denmark. The four-year degree course has recently been completed by high profile League of Ireland players David O’Connor and Gary Rogers.

PFAI members who enrol on these courses, or indeed any third level course, are eligible to apply for a grant (with the exception of those already on scholarships) from the PFAI Education and Support Trust Fund. The grant, which is worth up to €750 per year, is paid at the end of the academic year.

McGuinness also spoke of the importance of having people in the organisation to offer advice to aspiring footballers on their career options after they’ve hung up their boots.

He cites the IRFU as an organisation which places an emphasis on career coaching while also explaining that the PFAI themselves have Elena Mifsud who, in her role as Player Development Advisor, visits clubs to talk to players about life outside football as well as the opportunities provided by the PFAI to further their studies.

Another service offered by the association is recruitment firm Mason Alexander, most specifically former Irish Davis Cup tennis player James Cluskey, who provide advice and guidance to elite athletes concerning their career transition from sportsperson to a member of the general workforce, both those who want to transfer their educational qualifications into suitable employment and those who wish to take up a job outside football without further studies.

The mental health well being of players is of crucial importance and the PFAI website listed below has a number of relevant organisations and contact numbers if the need to communicate with them arises.

Speaking about his future beliefs for the league, McGuinness says: “Our aspiration should be to have kids wanting to play for their local teams. I don’t think you’ll ever stop someone going to England but the level of club they’re going to should be higher than League One and Two.”

He furthers adds that “it’s more difficult for those who return from England as their career has taken a downward turn after being released’ and highlights the importance of having “something going on outside football that prepares people for a life outside football.”

On the plus side, the General Secretary reveals that the tide is changing, and “a lot of the lads are thinking about education now.”

He concedes, however, that it ‘needs a big mindset change’ and further investment in youth football to drive the league forward in terms of the level of professionalism.

More information about the PFAI can be accessed at http://www.pfai.ie/